Troy Isley is a rising American professional boxer. He has been playing at the professional level since early 2021. Troy has fought in two professional matches and won both of them. Isley is also the Bronze Medal winner at the 2017 World Championship and 2019 Pan American Games under the Middleweight category.

Troy Isley was born on September 5, 1998, in Washington, D.C. He is the son of Kevin Johnson and his wife. Troy is yet to share a word about his parents and his early life with the public. Isley is of African-American descent and holds American nationality. Troy stands five feet and ten inches tall and weighs 75 kg.

Troy started training boxing from the age of nine. His parents are the biggest source of his inspiration towards boxing.  As a child, he used to get into fights, and his parents thought boxing would give him an excellent opportunity to stay out of trouble. Isley had a very amateur career and turned professional in February 2021. 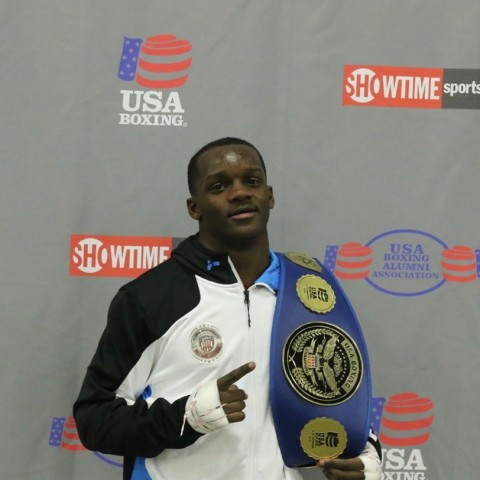 Troy had represented the United States in numerous international tournaments. He won his first major title in the 2017 World Championships. Isley won the bronze medal in the Middleweight division. The American boxer won his match against Hosam Bakr Abdin from Egypt in the Round of 16, Israil Madrimov in the Quarterfinals, and lost the semi-final to Oleksandr Khyzhniak.

In 2019, Troy won his second international medal at the Pan American Games. He won his quarter-final match with Jorge Vivas and lost the semi-final to Herbert Carvalho. In July 2021, Isley was part of the American boxing team in the postponed 2020 Tokyo Olympics. Troy won his round of 32 matches against Vitali Bandarenka but lost the round of 16 games to Gleb Bakshi.

In January 2021, Troy turned professional and signed a promotional contract with Top Rank. He made his debut against Bryant Costello and won the match via unanimous decision. Isley had his second match in June 2021 against LaQuan Evans and won the game via TKO in the fourth round. Also,  As per his Instagram handle, Troy is ten times National champion, six times international Medalist.

Who is Troy Isley Dating? Know About His Girlfriend and Relationship Status

Troy is an active social media user. Following his timelines, We can be sure that He is single as of 2021. The American boxer is very much early in his career and must be focused on his career rather than spending time with people. Isley spends his free time with his family and friends. There is no rumor of him dating anyone in public.

Troy Isley has an estimated net worth of more than $100,000. Although He is very early in his career, Isley has been fighting in the boxing ring for more than a decade. Isley must be making a handsome amount through his sponsors and advertising deals. Troy will be making millions in the future.