Tommy McCarthy is a professional boxer who represents Northern Ireland and fights in the cruiserweight division. In 2020, Tommy won the European cruiserweight title by defeating Belgian Bilal Lounge.

He is a UK-based athlete with Jamaican roots fighting beneath an Irish banner and here is everything you need to know about the athlete fighter.

Who is Tommy McCarthy?

The European Champion Tommy McCarthy was born on 4 November, 1990 in London England.

The pro boxer with a height of 6 feet 2 inches has a record of 18 wins and 3 losses in 21 matches.  He currently resides in Belfast, Northern Ireland in the United Kingdom.

The roots of European champion, Early Life, and Career

The cruiserweight division fighter was born to a Jamaican mother and an Irish father. His mother's name is Kid Edwards and Tom was very close with her before her death due to lung disease Sarcoidosis. At that time he was just 7 years only and later started living with his grandparents.

According to his Instagram, in the late 90s, McCarthy wanted to be a rap star along with his cousin. Later he left the mic and started to wear boxing gloves.

In his younger days, he used to fight with locals opponents in Belfast. Later in May 2014, he made his professional debut in boxing against Rolandas Cessna in which he won with TKO.

The UK-based boxer made a consecutive win of 9 matches before losing to Matty Askin. His most memorable achievement till now is winning the European cruiserweight title on 31, October 2021 in London.

How much is the market value of Tommy McCarthy? (Net worth and Earnings)

The estimated net worth of the former European title winner is $1.5 million. His earnings mostly come from his boxing career along with endorsement deals and brands offers. In one of his Instagram posts, he mentioned plenty of his sponsors like suffolkinn, lux.livingspaces, peakfitbt9, etc. It seems he is having a handsome amount from his business partners and sources.

McCarthy's Relationship status; Who is he dating?

The Belfast fighter Tommy McCarthy is currently married to his school sweetheart Amy. Tommy met his wife Amy when he was just 8 years old. Since then the lovebirds have been together. 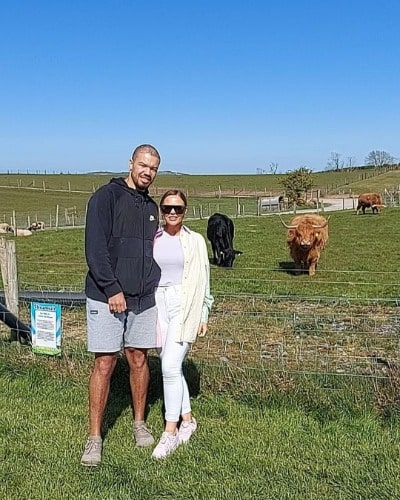 On July 14, 2017, McCarthy walked down his wedding aisle along with his longtime girlfriend. The pairs had their wedding ceremony with their close relatives and friends in their hometown Belfast.

Tommy wishes an anniversary to his wife every year on his Instagram account. It seems the duo are having the best romantic relationship for a long time.

Tommy McCarthy and Amy are proud parents of their 4 children, all daughters. 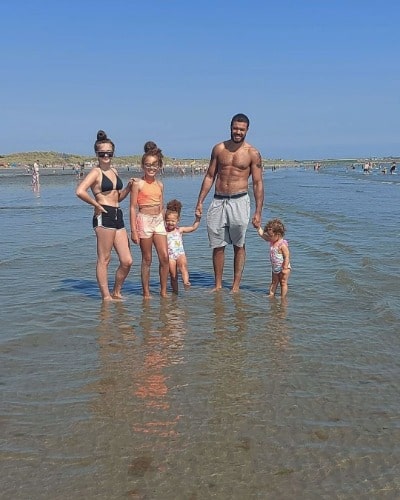 Others about the boxer

Besides boxing, Tommy Mac loves football too and is a huge Celtic fan. He also has a dog named Rocco. As of 2021, he is just 30 years of age, and more titles are yet to come in his glorious career.