The 23-year-old Trent Alexender-Arnold has enjoyed a remarkable rise over the past two years and has his name in England’s squad for World Cup 2018. He earns a salary of £180,000 per week from Liverpool and has a market value of £112.8 million.

Trent Alexander-Arnold Salary and Net Worth

As of 2022, Trent's net worth is estimated to be $20 million. However, the actual amount has not been revealed, but we are sure that his net worth is somewhat in the seven-digit figures. His annual salary as of 2022 is reported to be £9,360,000 a year, while Mohamed Salah is the highest-paid player on the team, with an annual salary of more than £10 million. 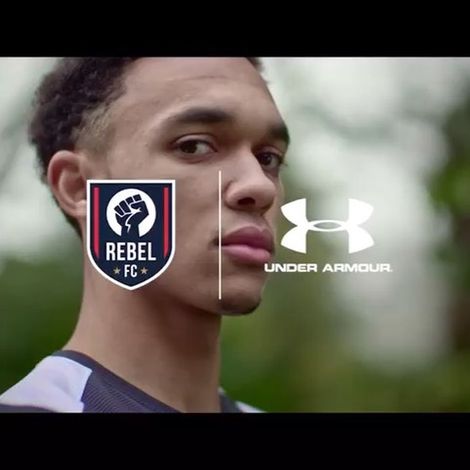 His major endorsement deal includes the sportswear brand Under Armour.

Trent Alexander-Arnold has kept his personal life out of the spotlight. He is very secretive when it’s to his personal life. He has not shared any information about his love life until now.

Neither there are any rumors of news of him floating in the air. He seems to be busy making his career rather than getting involved in love affairs. He might have a girlfriend and reveal his relationship in the coming years.

In 2018, a fan accused him of flirting with his pregnant wife, sending her 18+ messages.

Trent Alexender Arnold was born on October 7, 1998, in Liverpool, England, the UK, to father Michael and mother Dianna. He has two brothers named Marcel and Tyler.

He attended St. Matthews Catholic Primary School, and during his school level,  the school was invited to a community summer camp hosted by the local football club, Liverpool. Trent luckily got a chance to attend the camp and was spotted by academy coach Ian Narrigan.

Trent was offered to join the club and attended training 2 to 3 times a week and later on went on to captain the club at U16 and U18 levels under coach Pepijn Lijnders.

In the 2015–16 season run-up, Alexander-Arnold was selected in the first-team squad by manager Brendan Rodgers against Swindon Town.

In 2016, Trent made his official senior debut for Liverpool in the 4th round of a 2-1 EFL Cup victory over Tottenham Hotspur. After his debut, he was by Graeme Souness, saying that he has an excellent future and has all qualities to be the best player.

On November 8, 2016, Liverpool announced that Trent Alexandra-Arnold had signed a long-term contract. On January 15, 2017, Trent played his first game in a 1-1 draw with Manchester United. He even won Liverpool's Young Player in early 2017.

He was even nominated for the Premier League 2 player of the season. He was called up to the England team in 2018 and was included in the 23-man squad by Gareth Southgate, which has star players like Harry Kane, Jamie Vardy, and Dele Alli.