Rayford Trae Young, better known as Trae Young, is an American professional basketball Point guard for the Atlanta Hawks of the National Basketball Association (NBA). He was selected with a 5th overall pick by the Dallas Mavericks in the 2018 NBA Draft but was traded to Atlanta Hawks in exchange for Luka Doncic and a future first-round pick.

He played college basketball for the University of Oklahoma, was selected as a McDonald's All-American in January 2017, and was regarded as one of the best young prospects in basketball. He was second to NBA Rookie of the Year in 2019 and was also selected to the 2019 NBA All-Rookie First Team.

Trae Young Net Worth and Endorsements; How much does he earn annually?

As of 2022, Trae Young has an estimated net worth of over $20 million, including all of his properties and incomes. Furthermore, his total NBA career earnings is $26,135,649. Currently under a five-year max extension with the Hawks worth up to $172 million and possibly $207 million. 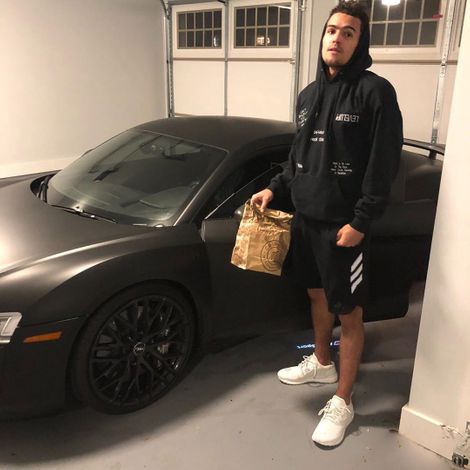 Basketball is the only source of his income as he isn't linked with any endorsing brands or companies. He agreed to a sneaker deal with Adidas ahead of his NBA Draft that will pay him $1.8 million annually. Undoubtedly, he will be boosting his worth in years to come as he is just 23 years old.

Trae Young's Personal Life; Who is his Girlfriend?

Trae Young has just begun his professional career and is focused on his career. Young is engaged to his fiance Shelby Danae Miller. Shelby is an OU cheerleader. The duo got engaged in December 2021 and shared the news through their posts on Instagram. 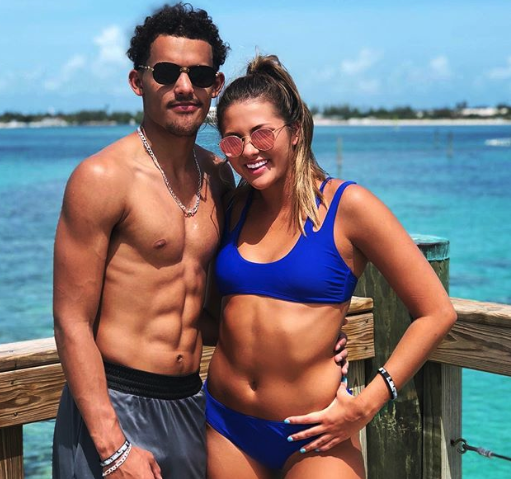 Trae and Shelby shared about expecting their first child together in late 2021 and becoming proud parents in June 2022. They have a son Tydus Reign Young. His fiance has posted many photos taken together with him with lovely captions. However, Trae hasn't posted a photo of his fiance on his social sites.

Trae Young was born Rayford Trae Young on September 19, 1998. He was born to American parents, Rayford Young and Candice Young, in Norman, Oklahoma, along with his two brothers, Camryn Young and Timothy Young, and a sister, Caitlyn Young.

He attended Norman North High School in his hometown of Norman, Oklahoma. His father played basketball at Texas Tech and professionally in Europe. He is an American citizen.

Trae Young began his college basketball career with the Oklahoma Sooners on February 16, 2017. He made his debut for the college team on November 12, 2017, recording 15 points, ten assists, and six rebounds in a win over Omaha University.

Young recorded 22 points and a season-high 13 assists in his second match in a win over Ball State University. He tied the NCAA single-game assists record with 22 while also recording 26 points in a blowout 105–68 win against the Northwestern State Demons.

In the 2018 NBA draft, Young was picked the 5th overall by the Dallas Mavericks on June 21, 2018. However, he was traded to the Atlanta Hawks along with a protected future first-round pick in exchange for the rights to the 3rd overall pick Luka Doncic as an attempt to rebuild the Hawks.

Upon arrival, he joined the team alongside Justin Anderson, Jaylen Adams, and Vince Carter.

Trae was selected as a backcourt starter for the NBA All-Star, getting the highest votes among Eastern Conference guards, more than Kemba Walker. He is the third in the highest points per game in 2020 and has the second-best assists per game, only behind Lebron James.

Trae Young has represented his national team in several junior tournaments and still hasn't appeared for the United States senior national team. He was a member of the national U-18 team that won a gold medal at the 2016 FIBA Americas Under-18 Championship held in Chile.