Tobias John Harris a.k.a. Tobias Harris is an American professional basketball player currently playing for the Philadelphia 76ers of the National Basketball Association (NBA). The shirt No.33 Small forward / Power forward was picked by the Charlotte Bobcats in the 2011 NBA draft.

Further, he played for Milwaukee Bucks, Orland Magic, Detroit Piston, and Los Angeles Clippers before joining the Philadelphia 76ers in 2019. As per his private life, he is possibly unmarried and single.

Tobias Harris Salary and Net Worth

As of 2021, Tobias Harris has an estimated net worth of over $50 million, mostly earned through his NBA career.

Who is Tobias Harris' Girlfriend?

When it comes to his personal life, Harris is a quite confidential person. He has shared less to no information about his love life, not even his relationship status. However, he is reported to be in a relationship with his girlfriend Jasmine Winton.

In November 2020, The NBA star made a marriage proposal to his girlfriend Jasmine in La Jolla. He proposed he on November 15 getting down on his knee. His Instagram post revealed her answer: “She said, ‘Yes, yes!’” 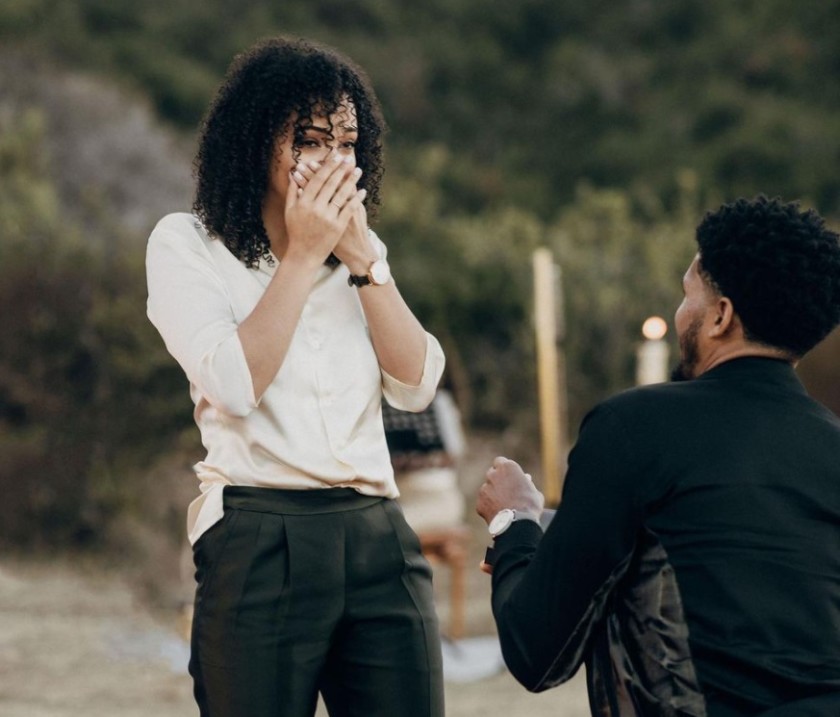 He is loved and respected by his fans. He has achieved a lot and he has to contribute a lot in the field of basketball.

He was born on July 15, 1992; Islip, New York, United States was his birthplace. He holds the citizenship of America and his ethnicity belongs to an Afro-American. His birth sign is Cancer. He was born to Torrel Harris and Lisa Harris. His brother Tyler is college basketball for Auburn University.

From an early age, he has shown great devotion towards basketball, he went to Half Hollow High School West and joined the varsity basketball. Later, he transferred to Long Island Lutheran that was located in Brookville, New York in the United States.

At his senior year, he again moved back to Half Hollow Hills West and also bagged the 2010 Mr. New York Basketball. After completing his high schooling program, he went to the University of Tennessee and played for the Tennessee Volunteers. His playing position was the point forward for his team. In the Year 2011, on May 9, he says publicly that he is going for the NBA draft.

He turned professional and was selected by the Charlotte Bobcats; however, on draft night he was traded to Milwaukee Bucks’ He played his debut game against the Los Angeles Clippers.

God does not give us overcoming life. He gives us life as we overcome. #33 #TTP

Moreover, Harris was traded to the Philadelphia 76ers along with Boban Marjanovic and Mike Scott, on February 6, 2019, in exchange for Wilson Chandler, Mike Muscala, Landry Shamet and a number of future draft picks.

In Feb, he played through a shoulder injury making 5-of-18 FGs and 3-of-3 FTs for 13 points, four rebounds, two assists, and one steal in 31 minutes.

Harris has a height of 6 feet and 8 inches. His bodyweight is 227lb. He is also followed by his fans on social networking sites. One can read his tweets on Twitter. He also uploads his photos on Instagram.

His status and notifications can be found on Facebook. His stats are worth watching for the youngsters. A lot of info about his life and bio can take from Wiki.