Mike Muscala is an American professional basketball player who currently plays for the Philadelphia 76ers of the National Basketball Association (NBA).

Dallas Mavericks picked Muscles with the 44th overall pick in the 2013 NBA draft on 27th June 2013. Before signing to 76ers, he played for Atlanta Hawks. Moreover, he also played for Bucknell Bison men's basketball team. Currently, Muscala earns the base salary of $5,000,000.

Muscala further became the first player in Patriot League history to earn Player of the Year and Tournament MVP twice. Later Dallas Mavericks picked Muscala with a 44th overall pick in the 2013 NBA draft on 27th June 2013. Similarly, he signed for Atlanta Hawks, on 27th February 2014 and made his debut on 2nd March.

Muscala made seasons highest score record of 15 points in a match against Milwaukee Bucks. Similarly, his second-best game was on March 28, 2015, with 10 rebounds, 4 assists, 1 steal and 2 blocks against Charlotte Hornets. On July 25, 2018, he was traded to Philadelphia 76ers and plays alongside Markelle Fultz, Ben Simmons, Joel Embiid, Jimmy Butler, and others.

Mike Miscala often keeps his personal details away from the public. However,  Muscala is an unmarried man. Similarly, he is not dating any girl at the current moment. There are no any records of his past relationships and affairs too. 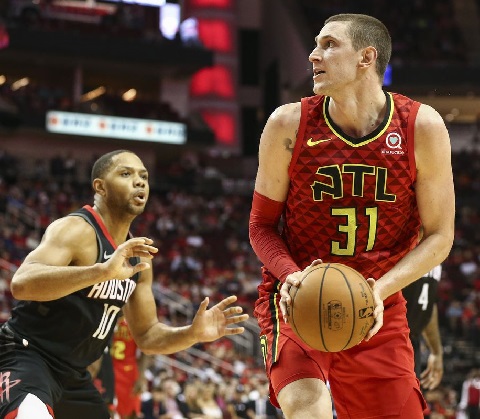 Muscala is active in social media such as Instagram, Twitter, and Facebook. But yet he hasn't shared any photos of girls. As Muscala is not married and hasn't dated anyone, his sexuality is straight. He hasn't done or said anything that makes us feel doubt regarding his sexuality. Muscala might be busy in building up his career.

Mike Muscala Net worth and Salary

Mike Muscala earns a decent amount of money from his carer as a professional basketball player. However, the estimated net worth of Muscala as of 2018 is still under review. Muscala currently plays for Philadelphia 76ers and earns the salary of $5,000,000.