Sven Elbir is a professional boxer based in Germany and he fights in the middleweight division. Elbir won the vacant IBO Continental Middleweight Title by defeating Jorge Vallejo with a TKO.

In 2018, Sven lost the chance to win IBF Inter-Continental Middleweight Title after a heavy defeat to Patrick Wojcicki. He lost the match by unanimous decision and maybe one of his most important matches. Impressively, it is the only match he has lost in his 7 years of a boxing career. 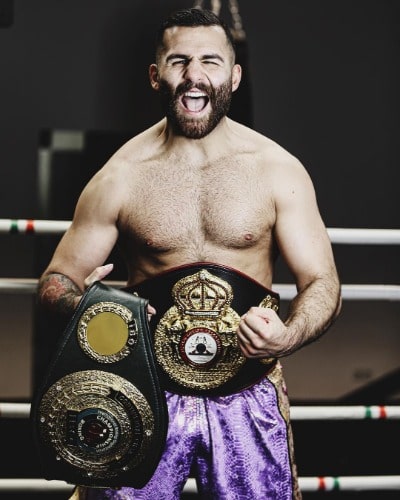 The German boxer with a Turkish root has had an impressive career till now. And here is everything you need to know about Sven Elbir.

Zeynel Elbir, famously known as Sven Elbir was born on December 16, 1993, in Berlin, Germany. He fights in the middleweight division and his stance is Orthodox.

"Batman" has a height of 5 feet 9 inches with a reach of 175 cm and weighs around 72 kg. He currently resides in  Wedding, Berlin, Germany with his family.

How much is the Net worth of Sven Elbir?

Sven Elbir's net worth is estimated to be $200,000. His major earnings source is from his boxing career. Yet now, he has not been successful to land any major sponsors and brands offer to add his wealth.

Though the German Batman is having an impressive career, he is a boxer with an average salary. According to sources, a salary of an average boxer is around $51,000. But the best boxers can earn more than millions per year. One of the highest-paid boxers is Cancelo Alvarez whose earnings in 2019 were estimated to be $`100 million approximately. Elbir currently owns an Audi car of white color. He frequently shares photos of his car along with his training videos.

Do you know the Net worth of Efe Ajagba?

Sven Elbir is quite secretive about his relationship status and dating life. The 27-year-old boxer has never shared a photo with any of his partners.

He must be living a single life and giving full dedication to increasing his boxing records. He believes in hard work and dedication rather than spending time with girls. But he often dedicates his love and respect to his mother who he loves the most in the world. But seeing the charm of the boxer and his successful career, there is no doubt that there are many girls followers of Elbir who would like to spend time with him.

Zeynel Elbir made his professional debut in 2014 against Suleyman Dag which he won by RTD.

The former IBF Inter-Continental Middleweight champion has impressive stats in his boxing career. Till now, he has fought 18 matches of which he has won 17 matches and has not lost since 2018. Moreover, he won 14 of the matches by TKO.

The former Former WBA International Champion fought his last fight against Jose Miguel Torres which he won by technical knockout at 3:00 of Round 4.

Torres injured his shoulder during the 4th round and the referee stopped the game declaring Sven the winner.

Sven Elbir had his fight scheduled on October 2 against Chris Eubank Jr in The SSE Arena, Wembley. Chris Bank Jr has a record of 30 wins 2 losses and 22 TKOs. 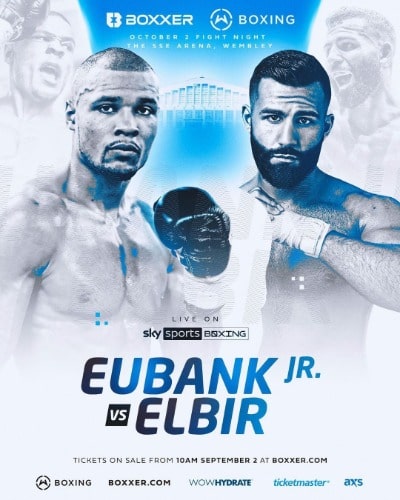 But unfortunately, Sven tested positive for coronavirus and was called off the fight. Now, Chris is set to fight against Anatoli Muratov on October 9.