Steven Kruijswijk is a Dutch professional road bicycle racer currently competing in UCI WorldTeam Team Jumbo–Visma. Best known for his strong ability in the mountains Kruijswijik found his greatest success there. Kruijswijk finished in the top 5 of all three Grand Tours and was very close to winning the 2016 Giro d'Italia however, he lost the lead after he crashed into a snowbank on the penultimate mountain stage. Further, he reached the podium for the first time in a Grand Tour, becoming the 2nd runner up in the 2019 Tour de France.

Nuenen, Netherlands native Steven Kruijswijk was born on 7th June 1987, and the star sign Gemini. He holds a Dutch nationality and belongs to the Germanic ethnic group.

A professional since 2006, Steven Kruijswijk has earned a tremendous sum of money through his cycling career. Most recently, he banked €100,000 for third overall in Tour de France, and GC payouts actually went 160 riders deep, with riders 20 through 160 getting an even €1,000. Egan Bernal won the tournament and Geraint Thomas became 2nd overall.

Currently, Kruijswijk is under a contract with LottoNL–Jumbo where he has an annual salary of €1.5 ($1.63) million. Besides, the endorsement deal plays a vital role in generating income for a cyclist, so does in Kruijswijk financial aspects. Reportedly, he is endorsed by Bianchi and Pioneercyclo. 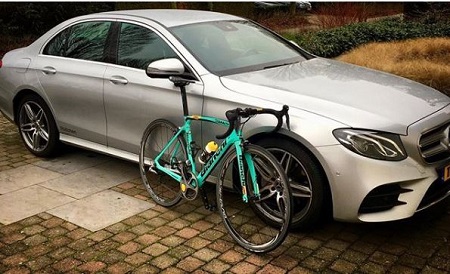 Who is Steven Kruijswijk Married to?

Dutch cyclist, Steven Kruijswijk is married to Sophie Kruijswijk. The couple tied the knot in 2017, in an intimate wedding ceremony, at Hotel Castell d'Emporda. 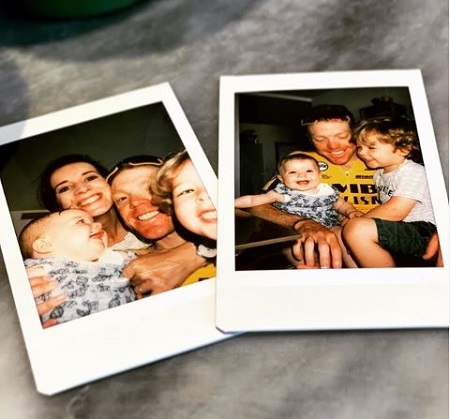