Va'Shaundya Karlette Nelson is an American television personality, entrepreneur, philanthropist, and one of the executive producers of VH1's reality Tv series Basketball Wives, Basketball Wives LA, and Baller Wives. She is the former wife of the basketball giant Shaquille O'Neal. She had her divorce in 2009, seven years after their marriage. She started her Active career in 2010 and presently working as well.

The Texas native was born on 27 November 1974 under the star sign Sagittarius. She was born on Wichita Falls, Texas, United States. She has quite a personality in the television series.

Shaunie O'Neal Net Worth and Career Earning in 2022

The 47-years-old has an estimated net worth of whopping $35 million including her properties. The major portion of her net worth is received from her divorce settlement since the net worth of her husband was a whopping $140 million before the marriage and we do know that Shaquille likes to take things to the next level.

Shaunie reportedly asked $20,000 a month ( $10,000 for child support and $10,000 a month for spousal support) for the settlement. Besides, she also had a private settlement of other properties. 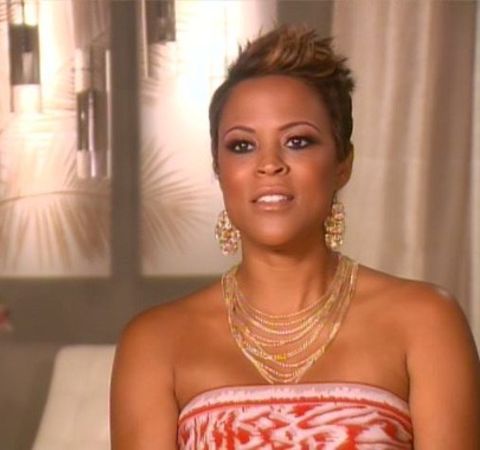 She is also the mastermind behind the VH1 series Basketball Wives where she served as the executive producer and a cast member. She gained a lot of fame from the reality show and has accumulated quite a worthy sum from her professional career. Her major earning is generated from this show.

Shaunie was first married to a guy named Daven Baptiste as reported by several websites. She was still married to her first spouse when she came close to Shaq and started dating him.

Her first husband was an accountant of Shaquille O'Neal who left Shaquille after he knew that she was sleeping with the NBA player and was reportedly pregnant. The couple then had a divorce, however, Daven never talked about his relationship and divorce in the public.

Shaunie O'Neal Married Life with Shaq and their Divorce

Shaunie started dating Shaquille O'Neal in 1998 and tied the knot on 26 December 2002. They were married for five years until she filed for divorce back in 2007. The reason for their divorce was her husband Shaquille, cheating on her with someone else. She knew about her husband's affairs after their phones got switched and she received some text which included some aggressive text between the two.

There isn't any detailed figure of the settlement after the divorce with the former basketball star, but it has been reported that Shaq is paying at least $20,000 in alimony, according to the reports from the Sportster.

They had five children during their time together. However, the mother of five is currently single and hasn't been in a relationship since the divorce. She is living a happy life being the mother to her five children. 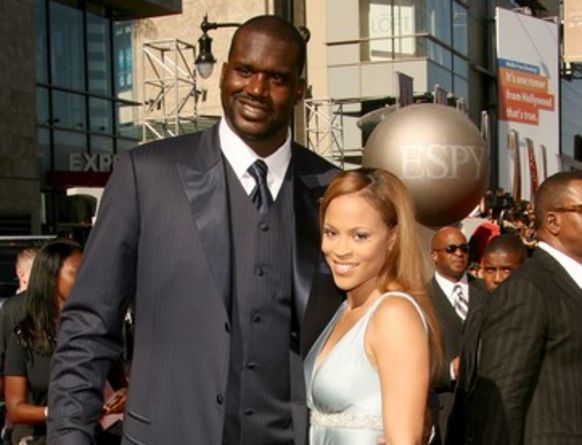 In her free time, she likes to hang out with friends and family and have a relaxed day. She enjoys occasional traveling and spends much of her time together with her children going to Superbowl and various other games.

At the age, she has reached she mightn't be interested in any relationship besides being there for her children but we don't know for sure what her future activity involves. However, being in a relationship or not doesn't matter since she has been enjoying a lavish lifestyle by herself and enjoying her professional career as well. Being one of the prominent personalities in the television industry.

Shaunie had a son, Myles from her previous relationship and Shaquille had a daughter Taahirah O'Neal from her former girlfriend Ametta Yardbourgh. After meeting she had four children from the marriage with Shaquille, Shareef O'Neal, Amirah O'Neal, Me'arah O'Neal, and Shaqir O'Neal.

Myles O'Neal (8 May 1997) is an American television personality who was one of the main cast members in the VH1 reality series Shaunie's Home Court. Shareef O'Neal (11 January 2000) is a American college basketball player who is committed to UCLA Bruins since 2018. He is a Power forward for the team. 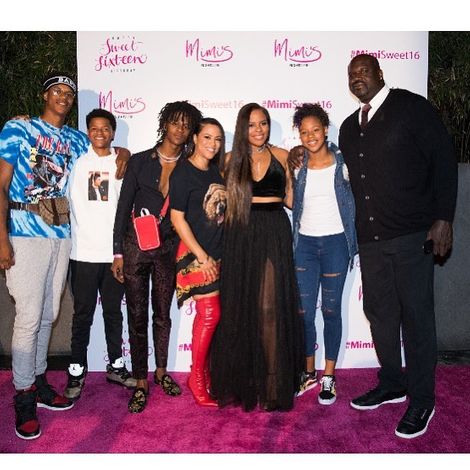 Shaunie O'Neal with  her kids and Ex-husband SOURCE: [email protected]

Shaunie and Shaquille, both love their children very much and are willing to do anything for the future of their children. Both of them spend as much time with the children as they can and are very wary of their future careers.