Jade Cargill is an American professional wrestler and fitness model. Currently, she is signed to All Elite Wrestling (AEW).

Vero Beach, Florida native, Jade Cargill was born on 3rd June 1992, under the star sign Gemini. The twenty-nine holds an American nationality and is of Afro-American ethnic background. She stands 5 ft 10 in (178 cm) tall and weighs 160 lb (73 kg).

It's been few months that Jade Cargill came out as a professional wrestler. Signed to  All Elite Wrestling (AEW), her annual salary is around $100,000 per annum.

The AEW's wrestler is yet to become married but has already welcomed a beautiful baby girl with his partner Brandon Phillips, a former baseball player. The couple started dating back in 2016. On 28th April 2017 at 2:37 pm, she welcomed her baby girl.

She often posts her daughter on her IG where she has 588k followers. Once she wrote, "Mother first. My greatest inspiration. My silly little girl. My little athlete. I see so much of me in you, my everything." 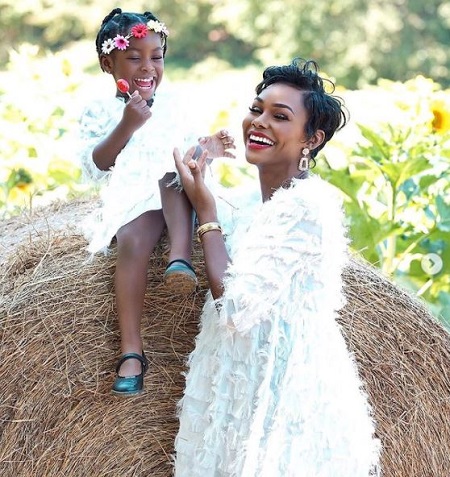 She added, "Social media to me is my somewhat professional space and I like to separate it from my personal life. I only allow what I want you all to see. Overall, when regarding kids it can be scary. But I will become better about this. I don’t play about my daughter and this world is getting scarier every day. But she’s also every part of my days and growing up."

She took basketball at  Jacksonville University where she played basketball and was named to Atlantic Sun Preseason First Team in her senior year. She graduated with a social science degree and also has a certified masters in child psychology.

On 11th November 2020, Jade made her professional wrestling debut with All Elite Wrestling (AEW) in an episode of AEW Dynamite, interrupting Cody Rhodes and teasing the arrival of Shaquille O'Neal.

The following day, AEW announced that Cargill had signed a multi-year contract with AEW.

On November 18, 2020, she returned to Dynamite and attacked Cody's wife Brandi backstage. On November 20, 2020, she made her appearance on an episode of AEW’s Unrestricted podcast series, where she thanked Dustin Rhodes and Nightmare Factory trainer QT Marshall for making her AEW debut possible.

Further, she teamed with O'Neal teamed to defeat Cody and Red Velvet on the March 3, 2021, episode of Dynamite titled The Crossroads, making the first match of Cargill's wrestling career.