Terrell Brandon is a professional retired basketball player originally from America. Besides, Terrell played for three teams during his 11-year career in the National Basketball Association (NBA). Apart from that, Terrell was selected 11th overall in the 1991 NBA draft by the Cleveland Cavaliers.

Apart from that, Terrell is living a luxurious life with his huge net worth of almost $24 million. Well, want to know this former basketball player more closely? THen stick with us till the end.

Currently, this 49 years old former basketball player, Terrell Brandon, is married to his wife and the duo is blessed with a son. Further, as per some sources, the duo met eachother in high school. Unfortunately, the details regarding his wife are yet to be disclosed. 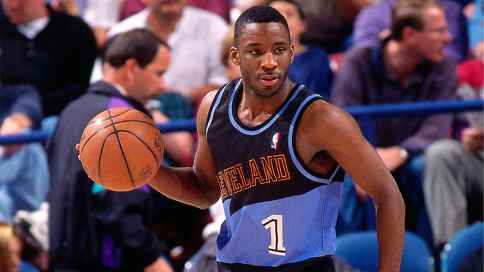 Although being a frequent headline for the media, he is living a highly low profile. When it comes to his personal life, he is always quite secretive.  As we have mentioned already, there is neither any information about their marriage nor about their son.

Besides, Terrell is not involved in any rumors and controversy. Apart from that, we also don't have any previous dating records of Terrell. It seems that he is committed to a single women only.

Terrell Brandon strands at a perfect height of 5 feet and 11 inches tall. Likewise, he although being in his late '40s, he has a well-maintained healthy body that weighs about 82 kg.

Terrell Brandon Net Worth and Earnings in 2019

Terrell Brandon has a huge jaw-dropping net worth of $24 million as of 2019. Besides, during his 11-year career in the NBA, he was successful to make total career earnings of nearly $60 million. During his last season, that is in 2003-04, his contract with Atlanta Hawks was worth of $11.1 million. 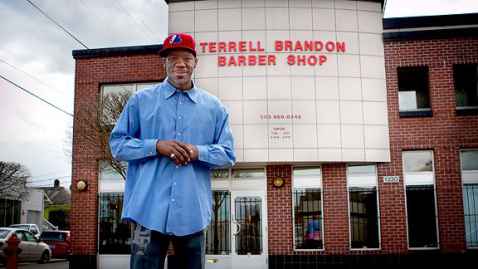 Apart from that, Terrell also owns a barbershop and he earns a decent sum of money from the shop. Besides, many celebrities and players frequently come in the shop. As a result, there is always a crowd of fans.

Terrell  Brandon was born on May 20, 1970, in Portland, Oregon as Thomas Terrell Brandon. Besides, he attended Grant High School, where played Class AAA Oregon Hogh-school basketball championship. Later, he attended the University of Oregon.

Besides, he holds American ethnicity and is of mixed ethnicity. Apart from that, nothing is known about his family background.

Terrell Brandon was selected 11th overall in the 1991 NBA draft by the Cleveland Cavaliers. He spent his first three and a half seasons as the backup to All-Star point guard Mark Price. As Cleveland's starting point guard, Brandon earned consecutive All-Star Game appearances in 1996 and 1997, the second of which Cleveland hosted.

Brandon finished his career averaging 13.8 points, three rebounds, 6.1 assists and 1.58 steals per game, and came within six points of scoring 10,000 in his career. His career-high for assists registered in a game was 16, which he accomplished five times. He was inducted into the Oregon Sports Hall of Fame in 2006.