Gossip Sebastian Vettel: About To Retire From F1. His Career and Championships

Sebastian Vettel: About To Retire From F1. His Career and Championships

Any Formula 1 fan knows Sebastian Vettel as one of the legendary racers. With over fifty wins, Vettel hung his racing gloves after his last race in the 2022 season. And now, the German racer focuses on raising awareness about environmental issues. Similarly, some of his other activism works include holding an all-women karting event, wearing a pride flag in a Grand Prix despite being reprimanded, and boycotting the Russian Grand Prix.

Vettel's love for speed started during his childhood days. And Sebastian raced in many kart races as a kid. Likewise, the talented F1 racer won many of those kart races. And by 1998, he began driving in officially sanctioned races. And in the 2006-2007 season, Sebastian started his Formula 1 career. The following year, Vettel became the youngest driver to win the F1 Grand Prix at 21 years and 74 days.

After his dwindling win rates, Sebastian Vettel decided to hang up his racing gear. However, the legendary racer stated it was time to leave F1 because it conflicted with his activism efforts. Vettel is a massive climate change activist. 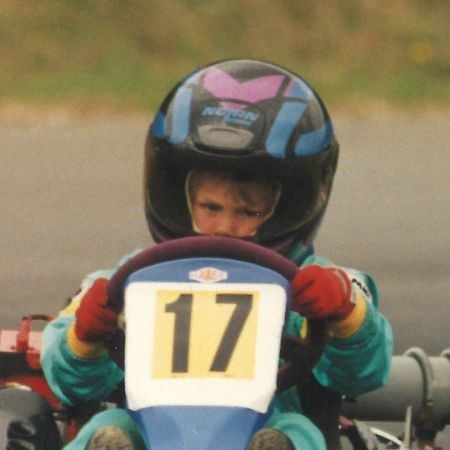 Sebastian Vettel started his journey as a racer at a young age. SOURCE: [email protected]

Over the years, Sebastian has done many things to implore awareness of climate change. Like the Japanese crowd in the recent 2022 FIFA World Cup, he stayed behind and helped clean up the litter from the stands. Similarly, he worked with Austrian children and built a hotel for bees.

Vettel even criticized the Formula 1 race schedule. Likewise, the German racer stated that scheduling races smartly could help reduce the emissions of traveling. And now, after three hundred entries, Sebastian decided to retire from his F1 career.

Vettel has bagged over fifty wins in his Formula 1 Career!

Sebastian Vettel started his F1 journey in the 2006-07 season. And Vettel would win his first formula one race in his second season. On September 14, 2008, Sebastian won Autodromo Nazionale Monza with a 0:12:512 margin. 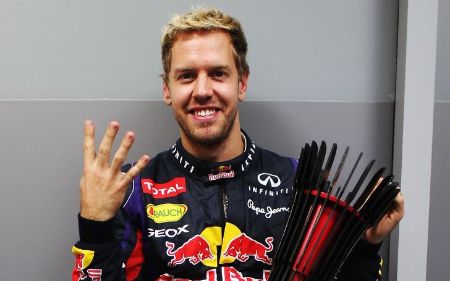 Sebastian Vettel retires from Formula 1 with 53 wins in more than a decade-long career. SOURCE: Fox Sports

Vettel's racing career met massive success in the following years. And in 2009, the German F1 racer won four races. Similarly, in 2010, Sebastian bagged five races adding up more and more as his time on the race track went by.

2011 would be Sebastian's biggest year. Vettel won more than double the races from his previous year. But 2012 was a bit of a slop in his win rate as the German racer only won five. In 2013, Vettel made his massive comeback with thirteen wins.

Once again, Vettel would hit slop, and his win rate in 2014 was abysmal. And in 2015, Sebastian clawed three wins, and none in 2016. Later in 2017, Vettel seemed to make a comeback with six wins, yet his next season would see a decline in his win rate. His final victory was on September 22, 2019, in Singapore, making it his 53rd win. In total, Vettel won four F1 championships in his long career.

Even after retirement, Sebastian Vettel owns a multi-million net worth!

While not the richest F1 racer, Sebastian Vettel is quite wealthy. And as of 2022, Vettel calls an estimated $140 million as his net worth. While the wealthiest Formula One Racer, Michael Schumacher, holds an approximated $800 million as his asset. 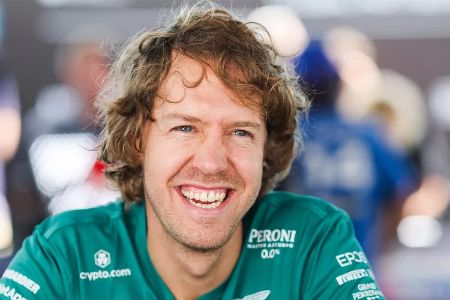 Sebastian Vettel owns millions as his estimated net worth earned from his long career. SOURCE: People

Before he retired, Sebastian earned millions annually from just his salary. And by adding endorsement deals to the pot, his annual income was estimated at a staggering amount. In his final season as an F1 racer, Aston Martin paid the German racer around $15 million. And during his heyday, Vettel made around $41 million, according to Forbes.

And speaking about earnings, his biggest endorsement deals come from multiple brands. Vettel signed an agreement with Casio, Tirendo, Infiniti, and Pepe Jeans. And with deals with these companies, Sebastian earned millions of dollars. However, the German F1 racer keeps the exact amount hidden from the public.

With their staggering wealth, Sebastian and his wife, Hanna Prater, lead a comfortable life. And Vettel and his spouse reside in a state worth $5 million. Besides his expensive house, the German racer owns a luxury car fleet.