Gossip Richest Racing Driver Lewis Hamilton has the Net worth of $280M; His Salary, Endorsement Deals, House and Cars

Richest Racing Driver Lewis Hamilton has the Net worth of $280M; His Salary, Endorsement Deals, House and Cars

Lewis Hamilton, the 4-times Formula One World Champion,  currently races for the Mercedes AMG Petronas with car number 44. The 33-year-old British racer professional since 2007, not only won the hearts of all but also a whopping amount of money.

Currently, Lewis Hamilton is estimated to be enjoying the net worth of $260 million. Besides his career earnings, Hamilton's endorsements and bonuses play a great role in his worth increment. Curious about his salary and properties? Scroll down.

Net Worth and Salary of Lewis Hamilton

Regarded as one of the most successful British drivers, Hamilton initially raced for McLaren from 2007 to 2012 and then signed with Mercedes on a 3-year contract worth $100 million in 2012.

After winning his first World Championship title with McLaren in 2008, Lewis Hamilton later won the title in 2014, and 2015. His fourth title won in 2017, earned him $38 million that year, including bonuses.

In the 2018 Monaco Grand Prix,  Hamilton finished 3rd while the Red Bull racer Daniel Ricciardo, with the net worth of $20 million, won the competition.

Big congrats to Daniel this weekend. Thank you to the team for your hard work all weekend as always. We’re looking forward to the next one in Canada ???? #MonacoGP #F1

The youngest Formula One champion after Sebastian Vettel in history after winning the 2008 Brazilian Grand Prix, Hamilton's career had taken a big turn after signing with Mercedes in 2012.

And now, the Mercedes AMG is all set up to sign a 2-year deal estimated to be at $159.8 million, with a 3rd-year option.

The contract will make him the highest paid British racer, though he still will be behind  Sebastian Vettel with the salary of $60 million.

Our menswear ambassador @LewisHamilton leads the way in a custom design from the Tommy Hilfiger Atelier at the #METGala2018 #TommyHilfiger pic.twitter.com/HJXFm2d1Y2

Well, Hamilton currently earns $8 million with his endorsements, with a massive increment in his previous years' income, i.e,$3 million approximately.

Currently, the British racer lives in his house in Monte Carlo, Monaco, since 2010 after purchasing the house for $13.38 million, miles away from his childhood home of a one-bedroom flat in Stevenage.

Back in December 2017, Lewis Hamilton bought a mansion in London for $24 million knocking off $2 million from asking price. The property featuring 6 bedrooms and 4 reception rooms with an open out 200ft garden was initially built by the famous builder Samuel Johns in 1860.

Hamilton, bought it after it was put on the market in November by the gay couple: Burberry chief designer Christopher Bailey and his husband, actor Simon Woods. 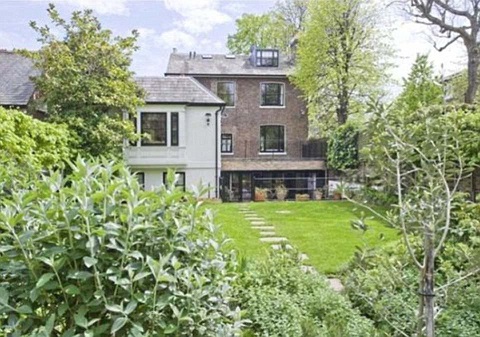 Besides this, Hamilton also has an apartment in New York and an estate in Colorado. And to spend his time in his mansion, Hamilton files away with his red Bombardier Challenger 605 worth $21.7 million. 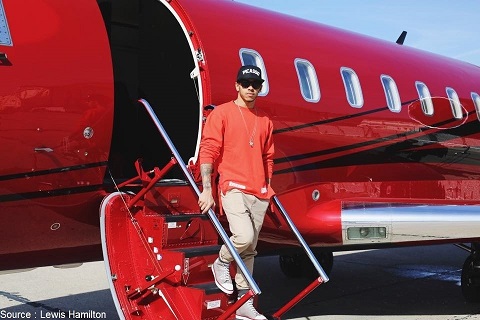 Though back in November 2017, the racer's jet made the highlights after it was revealed that Lewis Hamilton avoided paying $4 million VAT on his aircraft, which was later settled with by his lawyer. 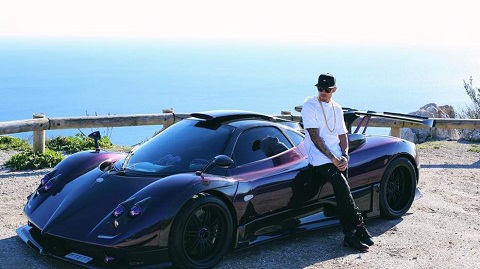 The worth of his cars and bike collection is estimated to be in the neighborhood of $10 million.

Probably, this is not the end of his property empire extension, let's wish him best and stick tight for more updates.