We boys never grow out of fast vehicles and wrestling even as we reach mid-life. And Joey Logano currently holds the job 80% of men want: a race car driver. As a racer, Joey got behind many types of cars over the years. Similarly, the talented racer mainly drives Fords. His car collection primarily consists of Ford cars.

Joey started his 2022 with a massive win in the 2022 Busch Light Clash. After that, the talented racer backed another win at Darlington, and William Byron became the runner-up. Follwoing his win at Darlington, he again joined the Gateway. After winning that race, Lonagno appeared in the race held in Las Vegas. His success resulted in him earning a place at the Championship 4. And later, Joey even bagged the championship, making it his second Championship 4 win.

Typically a racer takes home around $50k for his win at a NASCAR race, but more experienced baggs sufficiently more money. And through his paycheque and prize money, Joey Logano owns approximately $44 million as his net worth. According to Forbs, Logano falls under the list of the top ten most paid drivers of 2020. 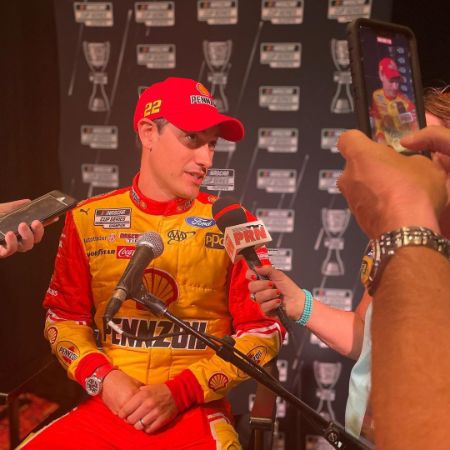 Aside from his prize money and salary, Joey earns about $9.5 million annually. Besides the said means, Logano also draws income through sponsorship deals. In 2017, the NASCAR driver signed an agreement with the oil company Shell Pennzoil. Similarly, Joey's sponsorship deal with the oil brand ends in 2023.

Joey also holds sponsorship deals with other companies. His other notable brands include AAA, Auto Club of South California, AutoTrader, CocaCola, and MoneyLion. However, the exact amount these companies pay as endorsement fee stay hidden. The American racer makes around a million for his from his endorsement contracts so far.

From his income, Logano lives a Lavish Life in North Carolina.

Joey Logano earns millions a year from his yearly income. From luxurious cars and vehicles to massive mansions, Logano currently owns them all. And he resides in North Carolina, USA, with his family. Logano and his family live in a 3,175 square feet house. Also, his home facilitates a swimming pool, home theater, and a bar. And unlike many celebrities, Logano got the real estate for around $625K.

Moving on to his cars, as a race car driver, Joey's love for fast cars is undeniable. At sixteen, Logano got his first speed machine, a Chevy SSR costing around $27k. Likewise, another of his prize possession include the 1961 Ford Econoline. And most probably, his favorite, a 2004 Ford Thunderbird, which has a price tag of $9.99k to $25k. Logano also prizes his Ford Bronco, which costs around $29k to $33k.

Joey Logano is a married man who married his Wife in late 2014!

Joey Logano is a man running in his 30s. As such, like most people in their 30s, Logano is a married man. The American NASCAR driver tied the knot with Brittany Baca. 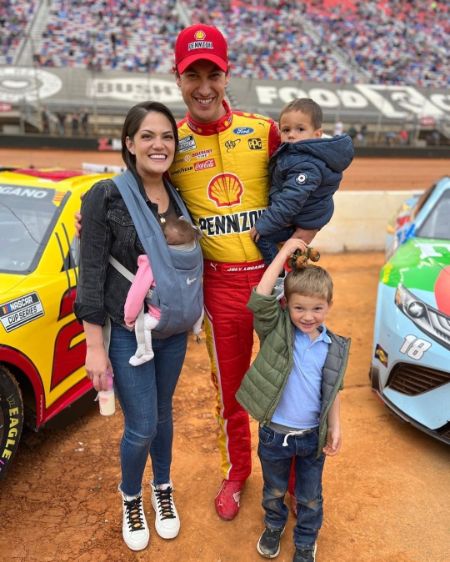 Brittany and Joey exchanged their vows away from the public in a private setting. Likewise, on December 13th, 2014, Logano and Baca officially became husband and wife. And because he enjoys his personal away from the spotlight, the duo held a wedding with only their loved ones on the guest list.

Logano and his spouse dated for years before taking their relationship to a new level. Likewise, the married couple first announced the seriousness of their love connection on November 13th, 2013. On that date, Joey announced his engagement with Brittany to the world.

Brittany and her husband, Joey, first met in their childhood. Baca and Logano keep the names of their former lovers away from view. And currently, both lead a married life away from any scandalous rumors.

Joey and Brittany welcomed their first child after four years of their marriage!

And later, on May 7th, 2020, Logano and his wife welcomed their second kid. And the NASCAR driver named his middle child Jameson Jett Logano. The youngest member of the Logano family was born in February 2022, and Joey named his daughter Emilia Love Logano.