Sometimes, a person knows what they want to do in life in their childhood, and Heather Watson found her talent in tennis at a young age. And Ms. Watson was born on May 19th, 1992, in Guernsey. Watson picked up the racket at the age of seven. And by seventeen, Heather had already held two tournament wins. But, she'd later lose her third British Under 18 Championship.

Even as a teenager, Heather owned hundreds of thousands of dollars as her net worth. And given the success and longevity of her career, we can safely say that she holds millions as of 2022.

How rich is Heather Watson? What's the Net Worth of Watson in 2022?

The British tennis player, Heather Watson, holds an approximate net worth of $5.2 million as of 2022. Watson owned $5 million as her net worth in 2021. And with each year, the status of her assets grows at a steady pace. What's more, Heather earned about $3.9 million as prize money from the tournaments she has won so far. 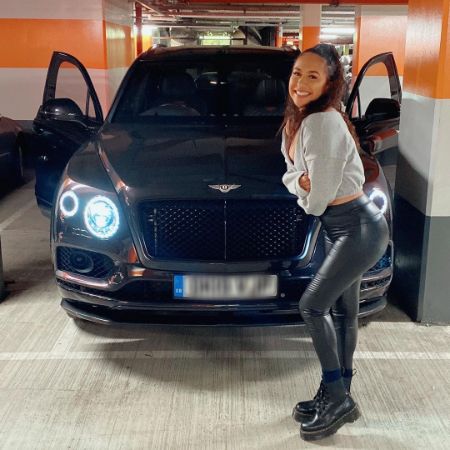 Aside from her income as a pro-tennis player, Watson also earns through sponsorships. Heather makes a living as a social media influencer as well. The British tennis star keeps the cash flowing through sponsored posts.

Although Heather keeps her assets out of the media's view, she shares her travels and love for cars on Instagram. Speaking of which, the Brit tennis player owns a Bentley Continental GT. And the vehicle Watson drives costs £185k. And going through her Instagram, we see that Heather is a big fan of Bentley Motors.

In the past, Heather was sponsored by many big brands. The first company to back the athlete was Benefits Cosmetics. And soon after that, Statoil also supported the tennis players. Although the exact amount of these sponsorship deals remains undisclosed, it's no secret that Watson bagged a hefty sum of money from them.

Currently, Heather earns most of her income through promotional posts on Instagram. From shoes to furniture, Watson promotes what she wants and makes money. Apart from her success in sports, Heather also found great success in her online following, with around 122k followers on Instagram.

The British Tennis sensation started her Instagram account in the first half of 2012. Likewise, Watson posted her first picture on August 18th, 2012, on the said app. And over the years, the talented tennis player racked up a massive fan following.

At first, she mostly posted her days and training clips. And after racking up a few thousand followers, she started gaining promotional offers.

Did Heather Watson Split with her partner? Is Watson single in 2022?

Yes, the talented British Tennis star, Heather Watson, did indeed split with her partner Courtney Duffus. And yes, as of 2022, Watson is single. Watson and Courtney started their relationship in 2019. Moreover, the couple appeared to be very much in love with one another. And their break up came out of the blue, and the reason for the split remains unknown. 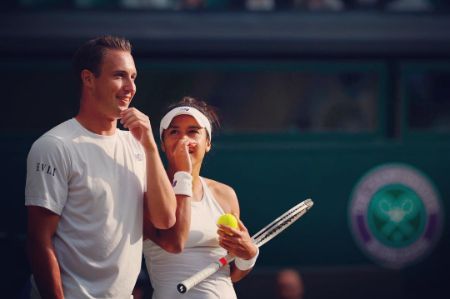 And another of Heather's public relationships was with a fellow tennis player, Lloyd Glasspool. Watson and her ex-boyfriend, Lloyd, started their romantic courtship in 2016. What's more, the start of their love story remains hazy. And like the beginning, Heather and Lloyd's relationship ended without a sound.

For now, the English tennis player entirely focuses on her career. As such, marriage might be the furthest thing in Watson's mind. However, given the thirty-year-old athlete's beauty, there might be a long line of people wanting to date Heather.

Heather Watson Grew up with Three Siblings in the house.

Heather Watson wasn't the only child in her house. The British tennis star grew up with not one, not two, but three siblings. Furthermore, she was born to her parents, Michelle and Ian Watson. 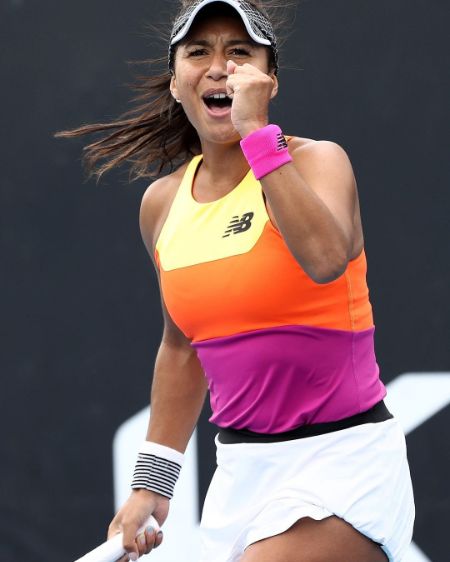 While her father was of British nationality, her mother, Michelle, held the citizenship of Papua New Guinea. Watson's parents gave her and her siblings a wonderful childhood. Ian worked as the director of Guernsey Electricity from 1995 to 2010.

Although Heather doesn't shy away from the media, her family, on the other hand, enjoy their lives away from the spotlight. As such, the names of her siblings stay hidden from the public. But, Watson did share she grew up with one brother and two sisters in her household.