Gossip Who is Marton Fucsovics Dating? Know About His Net Worth, Earnings and Relationship Status

Who is Marton Fucsovics Dating? Know About His Net Worth, Earnings and Relationship Status

Apart from Marton's professional career, his fans are also captivated to know about his relationship status. The tennis player is dating his long-term partner, Anett Boszormenyi. The couple has been in a relationship since 2017 and now. Nevertheless, the duo has known each other since 2016. 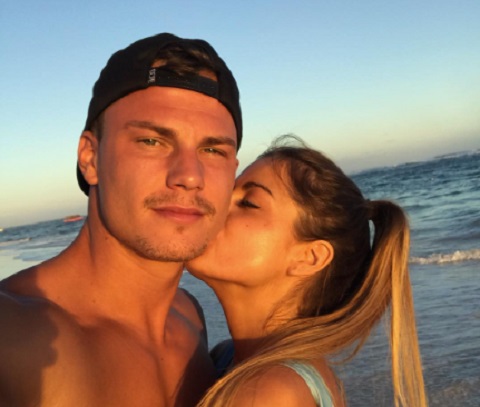 The lovebirds dropped hints regarding their wedding plans. Nonetheless, the fans gossip as Marton and Annet is already engaged. As the exact details are yet to come, this won't be worth discussing without knowing the facts.  Unlike Matteo Arnaldi,  Marton has yet to share his engagement pictures. Also, Fucsovics doesn't share his partner's pictures on his social media handle.

As mentioned earlier, Marton Fucsovics started his professional career in 2009. And Marton has won multiple titles and trophies from which he has bagged a fair fortune. So, Fucsovics's career earnings as of the writing date are over $5,000,000. On the other hand, his net worth is over $ 2 Million. 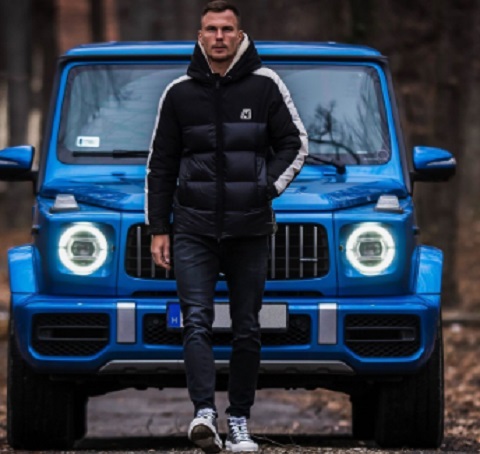 Further, Marton's racket is from Yonex, a Japanese sports brand.

Fucsovics is a son of Jozsef Fucsovics. Meanwhile, his mother's name and details are not accessible at the moment. Likewise, the facts regarding his siblings have also remained a mystery. Marton prefers to keep his family details private on web sources. Therefore the information about the tennis player's bloodlines has yet to be discovered.

Fucsovics was born on February 8, 1992, in Nyiregyhaza, Hungary. Marton started playing tennis in his homeplace at the age of five. Further, he resides in his birthplace, Nyiregyhaza, Hungary, with his beloved family. Concerning his birth details, Fucsovics's zodiac sign is Aquarius. Additionally, the player measures his height at 6 feet 2 inches or 1.88 meters and weighs 82 kg.

The fan's favorite player, Marton Fucsovics, is a professional tennis player who started playing tennis when he was five years. More, he also won his age group National Championship and the Nike Junior Tour in 2003. So, in 2009, the player won the US Open Boys' Doubles title. Likewise, he added another victory in 2013 by winning two Challenger titles.

Further, Marton qualified for his first Grand Slam at the US Open; however, he lost o Nicolas Almagro. In 2022, Fucsovics started his 2022 season at the Adelaide International 1. Follwoing the year, he also began his grass-court season at the BOSS Open in Stuttgart. Again in the same year, the tennis player played one tournament in the lead-up to the US Open.

Marton Fucsovics plays righthanded, and his two-handed backhand shots are impressive. The tennis player is coached by Hungarian coaches Zoltan Nagy and Miklos Jancso. Fucsovics has won two Challenger titles, and he turned professional in 2009. Participating in multiple events, Marton has held several trophies and cups under his name.