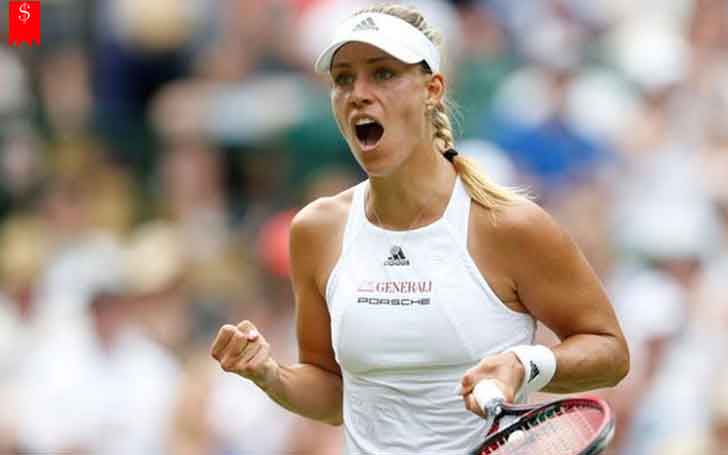 German tennis star and former world no. 1 Angelique Kerber is a three-time Grandslam champion. She rose to prominence making her semifinals appearance in 2011 US Open. She is also the winner of the 2016 Australian Open, 2016 US Open, and 2018 Wimbledon Championships.

The no. 3 ranked player on the WTA, Kerber is one of the highest earning female tennis players. With the 12 WTA titles, she has been able to make good earnings from her career which took off in 2003. So how much is her net worth? All the details about her earnings, endorsement deals, prize money, and properties she owns.

Angelique Kerber has $10 Million in Net worth

The German Angelique Kerber has an estimated net worth of $10 million in 2018. The main source of her net worth is prize money for her winnings and also the endorsement deals.

Kerber earned around £2.25 million for winning the Wimbledon Championships in 2018.

She made the highest earning back in 2016 when she won the US Open and Australian Open. She earned around $8.7 million that season on the court and $17.8 million in total.

Also Read: Is Angelique Kerber still single or Married? Know about her Affairs and Relationship

Angelique Kerber was one of the 10 highest earning female athletes in 2018 with $7 million in earnings behind some of the star tennis players like Serena Williams, Maria Sharapova, Caroline Wozniacki. She earned $3 million from prize money excluding her $3.3 million from Wimbledon earning this year and $4 million more from her endorsement deals.

She also has the long list of endorsement deals with Adidas being the biggest. Her other deals include with Generali, Porsche, Rolex, SAP and Yonex.

Also Read: Angelique Kerber is rumored to be dating with her coach Torben Beltz, are they married?

Angelique Kerber, though is identified as German, own a house in Poland where her parents and grandparents currently live. Her grandfather owns the town's tennis center, which is where she learned to play.

She also runs a tennis academy named Angie in Poland which ranks among the biggest tennis clubs in the country.

As Kerber is the brand ambassador of car company Porche, she has been gifted the various models of the car by the company.  Some of them include Porche Boxter, Porche Carrera, Porche Cayenne, Porche Cayman, Porche Panamera etc.