Ryan P. Ruocco well recognized as Ryan Ruocco is an American television and radio sportscaster who serves as a play-by-play announcer for the NBA and WNBA on ESPN, Brooklyn Nets and New York Yankees on YES Network as well as boxing for DAZN. Besides, the New York Emmy award-winning sports journalist hosts the podcast R2C2 alongside former MLB star CC Sabathia on LeBron James and Maverick Carter’s digital media network UNINTERRUPTED.

Born Fishkill, New York native, Ryan Ruocco was born on November 18, 1986. His star sign is Scorpio. An American by nationality, he came from a white ethnic background.

What is Ryan Ruocco's Net worth and Salary in 2022?

Active in sports journalism since 2006, Ryan Ruocco has summoned a staggering sum of money to date. Reportedly, he earns $2 million per annum as a salary from ESPN. Besides, he adds an extra sum of money via hosting a podcast, UNINTERRUPTED. 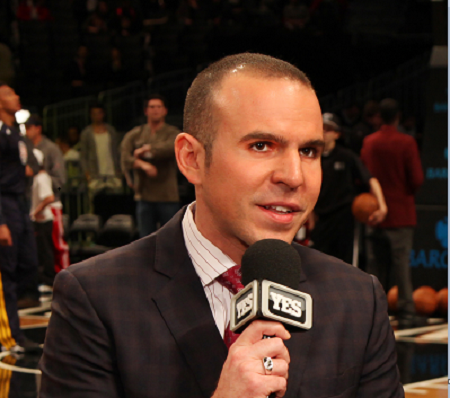 Further, high profile sportscaster is paid a heft amount from their guest appearances in other shows too. As of 2022, Ryan's net worth is approximately $4 million.

Scrolling through his Instagram, Ruocco is living a lavish lifestyle.

Ryan Ruocco, 35 is in a relationship with his long-time girlfriend, Andrea Ferzoco. After dating for years, Ruocco proposed her on 20th January 2019. 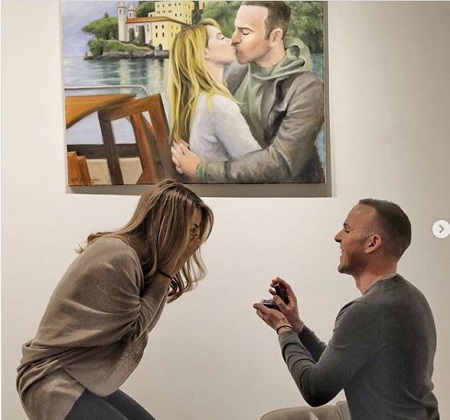 Ruocco was seen celebrating his bachelor party at Baha Mar resort and casino in the Bahamas with his buddies: NFL players Todd Gurley, Mitchell Trubisky, forward Rudy Gay, and Fox Sports’ Peter Schrager. Ryan and his girlfriend Andrea tied the knot in 2020.

Andrea gave birth to a daughter named Everly in September 2021.

Ryan Ruocco was born to Peter Ruocco and his wife and raised alongside sister, Ashley. From an early age, Ryan wanted to be a professional sports announcer. He said, “I think just growing up being a sports fan and knowing I wanted to work in sports Somehow, I always, for whatever reason, would pay attention to the announcers when I was little."

He remembers, he has written he wants to be a pro sports announcer in his fifth-grade yearbook, when it says what you [want to] do. Though his old dream was always to play, he kind of always knew it was an announcer that he wanted to be.

He is a graduate of Hackley School in Tarrytown, New York, and Fordham University.