Pamela Donielle Oliver, famously known as Pam Oliver, is an American sportscaster by profession. She has worked on the sidelines for numerous National Basketball Association (NBA) and National Football League (NFL) games.

Pam Oliver earns an annual salary of $1 million and has an estimated net worth of $4 million. She is currently married to her husband Alvin Whitney.

Born on March 10, 1961, in Dallas, Texas, she developed a keen interest in sports from a very young age. She was very good at tennis, basketball and track and field.

Being a daughter of a person working for the United States Air Force, Pam Oliver got a variety of chances to visit different places, Texas, Michigan, Washington, California, and Florida. However, she completed her high school at Niceville High School in Niceville, Florida. Later, she attended Florida A&M University where she graduated with a Bachelor’s degree in Broadcast Journalism.

In 1985, Pam started her career in broadcasting as a news reporter at WALB in Albany, Georgia.  Later, she came up as a sports anchor in the sports channel ESPN in 1993. Besides this, she has also worked for the channel Fox Sports. In between, she worked in different channels such as WAAY- TV, WIVB- TV, WTVT, and KHOU- TV. She was awarded as the “Outstanding Woman in Journalism” by Ebony in 2004. She is one of the renowned sportscasters of the time.

The news broke the path when it was announced that Oliver will be seen as an NFL sideline reporter in the 2014 NFL season for the last time. She will be demoted to work in the network’s #2 broadcasting team.  Erin Andrews will be taking his place on the #1 crew as a sideline reporter.

Who is Pam Oliver's Husband? (Personal Life and Controversy)

Pam Oliver is married to Alvin Whitney. Her long-term boyfriend turned husband is a freelance producer. To date, there is no news of her being pregnant or having any kids. Also, she is said to be a very clean woman with no extra affairs and so does her husband.

Despite many highs and lows, the couple shares divine love and there are no any rumors about the couple’s divorce as they are very happy and enjoying the company of each other. 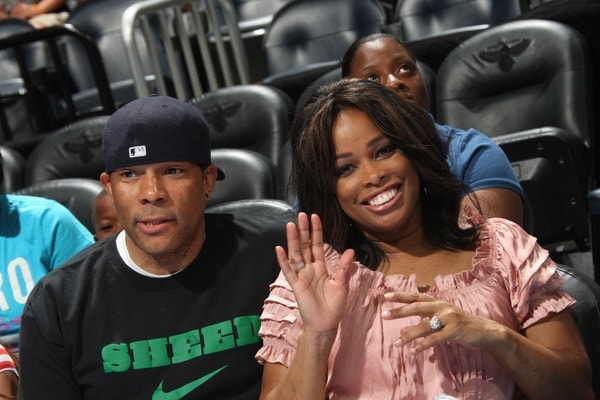 Oliver quite caught the attention of the camera at the NFC Championship when the entire focus of the game was purely based on her hairstyle. It was stated as a ‘Bad hair day’ for her as the whole media, including social media, went on about criticizing her bad hairstyle.

Pam later, came up with the response for this saying that it's comical and care very little about it as sometimes she becomes very busy in her reports that she does not have time to do all the makeup and hairstyles.

Oliver has an estimated net worth of $4 million with an annual salary of $1 million. Standing 5 ft. 10 in. tall, the gorgeous sportscaster also has a keen interest in charity work. She can be spotted in different charity events from time to time.