MLB analyst and Olympic medalist Jessica Mendoza is a former American softball player who is currently a sports broadcaster for ESPN. The New York Mets recently hired her in the front office advisor role. She was an important part of the United States women’s national softball team from 2004 to 2010. The Softball Hall of Famers, Mendoza is a co-presenter of ESPN's Sunday Night Baseball.

Mendoza currently earns $266,000 as an annual salary and has an estimated net worth of $2 million. She is married to her husband, Adam Burks and has two children with him.

How Much Is Jessica Mendoza's Net Worth & Salary In 2022?

With her dedication and devotion, Mendoza has made a huge impact on her professional career. She is receiving fortune of earnings from her broadcasting career. As of 2022, her net worth is approximately $2 million. 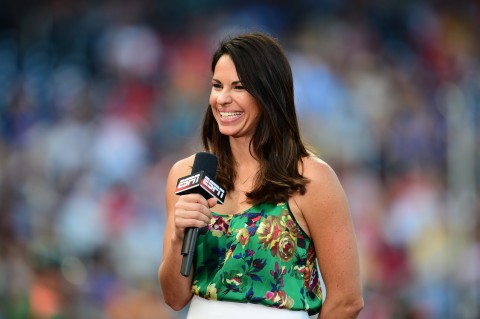 Besides, she was recently hired by the Mets in the front-office role. She will earn an additional salary of about $50,000 in a year from her new role.

Analyzing her Instagram account, she is living a lavish lifestyle. Further, she often visits worlds mesmerizing holiday destination during her vacations. Besides, there is no information about her real estate properties.

Mendoza met her soul mate at a wedding in Southern California in 2004. She happened to be in love at first sight with Adam Burks. Then they met a couple of times and their love for each other grew stronger and eventually started dating each other. 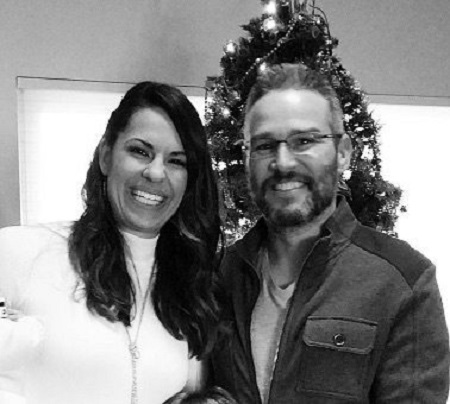 After 2 years of relationship, the lovely couple conducted their marriage in 2006. Since getting married, the couple is living happily together. There is very less chance of divorce occurring between them in the upcoming days. Burks is a Civil Engineer and a former U.S. Marine and worked in Operations Desert Storm in Iraq. 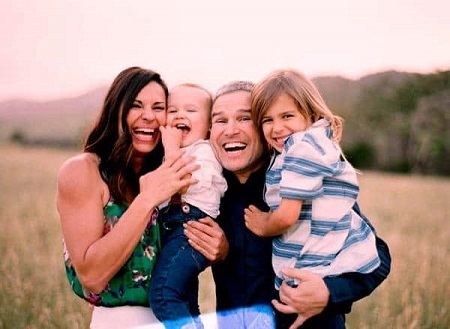 Mendoza is also the philanthropist. She believes in charities and social work. She works as the president of the Women’s Sports Foundation. In addition, she works as an athletic ambassador for Team Darfur and BOD members of the National Education Association.

Jessica Mendoza was born as Jessica Ofelia Mendoza on November 11, 1980, in Camarillo, California, United States. Her star sign is Scorpio. This multi-talented woman holds an American nationality and is of Mexican descent.

She was born to Gil Mendoza and Karen Mendoza and Walt, Alana, and Elena Mendoza is her siblings. Her father played football for four years at Fresno State University.

Mendoza graduated from Adolfo Camarillo High School and was named Los Angeles Times “Player of the Year” in 1998. Apart from softball, she was also the part of a school basketball team and was the team MVP in both her junior and senior years.

Mendoza was four-time first-team All-American while playing outfield for the Stanford University, from 1999 to 2002. She led her college team to their first-ever Women’s College World Series Appearance and accomplished her college career with records of batting average (.475), hits (.94), stolen bases (31), runs (71) and career home runs (50).

Mendoza was inducted into the Softball Hall of Fame as a part of 2019 class in October 2018.

Mendoza served as a field reporter for Yahoo! Sports at the 2010 Winter Olympic Games. In addition, she worked as a softball analyst on FOX Sports. She joined ESPN’s in 2014 as an analyst on Baseball Tonight. Her appearance was in the Monday editions of the show.

She was the first female broadcaster for ESPN’s College World Series who made coverage with Karl Ravech and Kyle Peterson. Mendoza joined the Sunday Night Baseball broadcast time as a full-timer on January 13, 2016, with Dan Shulman and Aaron Boone.

On October 6, 2017, she commentated the 2017 NLDS, her first-ever MLB post-season series, on ESPN Radio with broadcast partner Dave Flemming. In 2019, she was hired in the advisory role by the New York Mets in March 2019.