Romain Grosjean is a professional car racer from France who currently drives in the 2022 IndyCar season. Before IndyCar, he raced in Formula One for nine seasons from 2012 to 2020. He is associated with the Andretti Autosport as a driver and drives Number 28 DHL Honda entry. His best finish in the IndyCar series was in 2021 when he finished 15th position. As of 2022, he has already secured his podium to the Grand Prix of Indianapolis.

In his first season of Formula One racing for Renault, he secured the fourth position at the European Grand Prix. In 2007, he won the Formula 3 Euro Series and also won GP2 Asia Series the following year. He is also the only racer to win the GP2 Asia series and GP2 series and it won't be broken as Asia Series has been stopped.

Romain Grosjean was born on 17th April 1986, in Geneva, Switzerland. According to the astrologers, his zodiac sign is Aries. He comes from a very renowned family. His father's name is Christian Grosjean and his mother's name is Marie-Helene Brandt.

Her mother Marie is also a professional painter who has won the Art Biennale, Geneva. While his father is a lawyer and a former junior slalom skier. His grandfather's name is Fernand Grosjean who won the silver medal in the World Ski Championship in 1950. His great grandfather was Edgar Brandt who was a weapon designer by profession. Edgar is also the founder of a company named Brandt.

Read:- Who is Trincao? Personal Information and Bio

The 2011 GP2 Series champ Romain started racing from an early age but it was in 2003 when he won the Formula Lista Junior Championship all round at the age of 18 years of age. The following year, he was promoted to the French Formula Renault Championship. And in his second year, he won the competition.

He made his first appearance in Formula Three in the 2005 Macau Grand Prix.

Why did Romain Grosjean drive for France instead of Switzerland?

Though Romain was born in Switzerland, he currently drives for France. On a question about this to his father, his dad Christian replied to the Blick newspaper by saying,

"Switzerland never helped my son throughout his career, while the French did. He added, In 2003 Romain was the champion of Formel Lista. But the Swiss team owner Andreas Jenzer saw no talent in Romain, even though a few years later he at least apologised."

With no help from Switzerland, they had to opt out for France as Renault helped him and has been driving under the French flag.

According to his father, they went to Red Bull first to ask for help but they didn't accept him. Instead, they chose Jani and Buemi.

And no doubt, their decision has been favorable to them and Swiss is missing something they could have from Grosjean.

Romain's Net worth and Earnings; How much does he Earn Annually?

Throughout his career, he has made various appearances in major racing competitions and has won several of them. And no doubt, he has made millions through different sources on his journey of driving. 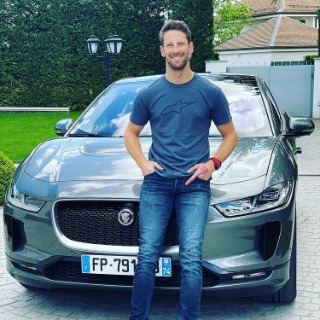 As per sportrac, he has a salary of more than $3 million with Andretti Autosport. Before 2020, he used to earn $3.2 million per year from his contract with the Haas F1 team. His teammate Kevin Magnussen also used to earn the same amount as him.

Till now, he has made more than $30 million as career earnings.

The highest-earning racing driver is Lewis Hamilton who earns more than $76 million per year with the Mercedes-AMG Petronas F1 team.

Obviously, the Swiss-French driver has established himself as one of the top racers around the world. And this has given him face value that attracts major brands and sponsors. Some of his major sponsors are Bell helmets, Christian Roth, Richard Mille, and Seier Capital.

Being himself a racing driver, one of the sponsorship is with Bell Helmets which is a helmet manufacturing company. 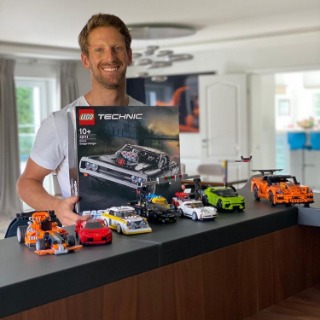 Christian Roth and Grosjean are partnered for years as of 2022. Christian Roth is a designer eyewear company that manufactures sunglasses company.

Andretti Autosport's racing driver Romain Grosjean is currently living happily married with his wife Marion Jolles. The couple has been together for more than 14 years. In fact, they have already celebrated 9 years of marriage anniversary. 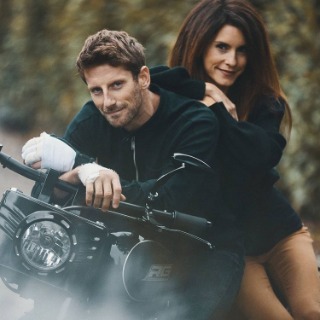 The couple started dating in 2008 and after 4 years of dating each other, they decided to get married. Their wedding ceremony was held in Chamonix on June 27, 2012, in the presence of their close friend's ad relatives.

Read:- Who is Colton Herta's Girlfriend? ( Affairs and Relationships)

Who is R Grosjean's wife Marion?

Marion Jolles aka Marion Grosjean is a French journalist and also a television presenter by profession. 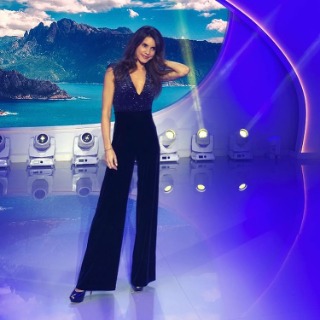 She is mostly famous for becoming the wife of the former Formula One racer Romain.

The 2005 French Formula Renault Championship winner Romain and his love Marion are also co-authors of a book named La Mort enface which is an autobiography of the racer. 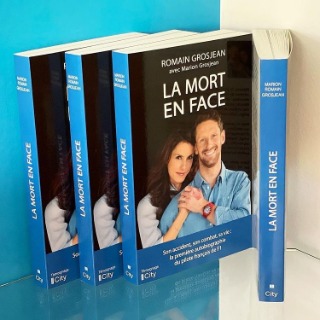 About the book, Jolles posted a long caption on her Instagram There she mentioned how their life has changed after an incident of 2020.

"A book about a life experience that could have turned everything upside down. A testimony that evokes the resilience of Romain, almost a year after his accident ... An autobiography, above all, which arouses a lot of emotions in us. This book, we wrote it together. It traces our history and reads like an open letter which, for the first time, is addressed to you, directly.

Marion has also written books before named A Soeur Perdue and Marion &Roman Grosjean. You can buy these books on Amazon.

There is no information regarding his past relationship or who he was dating before meeting Marion Jolles.

Romain Grosjean and his partner M Jolles are blessed with 3 children, 2 sons and a daughter. 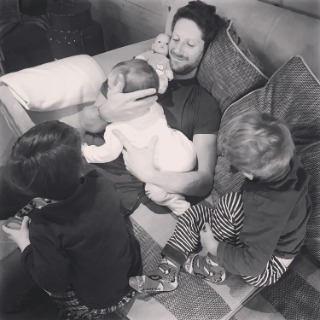 Marion gave birth to their second son  Simon Grosjean on May 16, 2015.

And their third child or also their first daughter Camile was born on December 31, 2017, after 2 years of their second son Simon.

Read:- Who is Matt Corral's Girlfriend? Know About His Girlfriend and Relationship status

In November of 2021, Grosjean posted a photo of his injured fingers due to an injury he had in the past.

It was int the end of the 2020 season and Grosjean was competing in the Bahrain Grand Prix for the Haas F1 team. He was driving at 192 kmph or 119 mph and suddenly an explosion was caught after his car hit the metal barrier. Grosjean was trapped for 27 seconds before getting out. According to the report of his crash,

On November 28, 2021, he appeared in Nico Rosberg's podcast and told about the impact that the Bahrain accident had on him. He said,

“It’s painful 23 hours a day. I need to do rehab and exercise every 10 minutes just to not lose mobility. It’s not all nice, but I’ve got my two hands and I can drive a car, I can cuddle my kids, play with them, and that’s what matters”.

So, the main injury was on his hand and no other major injury in body parts. He is still recovering from the injury.