Colton Herta is an American open-wheel racing driver currently competing in the NTT IndyCar Series for Andretti with Curb-Agajanian. Herta is the youngest person to win an IndyCar Series race at the Circuit of the Americas. He is the son of IndyCar and Champ Car driver Bryan Herta.

Herta debuted in 2010 at the age of 10, made his debut in the Cooper Tires USF2000 Championship Powered by Mazda, where he finished 15th. Herta made his MSA Formula series debut in 2015, where he got his first win in the second race at Snetterton Circuit, leading the US to win the Nations Cup and racing in Formula One and Indy Car in 2022.

Colton Herta was born on the 30th March 2000 in Santa Clarita, California, the United States, to his parents Bryan Herta, a former race car driver and mother, Janette Herta. He falls under the zodiac sign, Aries. Herta started seeing his father, a former racing driver, which led him to race. Herta started his career from a young age and participated in several Series. Herta and his younger sister Calysta grew up in Santa Clarita.

The American open-wheel racing driver stands 5ft and 10 inches tall and weighs over 68 Kg to the date, and has slightly long brown hair.

Colton Herta Net worth and Career Earnings in 2022

Herta has been one of the admired racing drivers who has progressed a lot in a short period. Starting racing at the age of 10 and winning several Series might have led the American open-wheel racing driver to collect some good fortunes to date.

Colton is believed to have an estimated net worth of $1.46 million approximately which he collected from racing. He might have various sponsorships and endorsement deals as a professional racing driver. 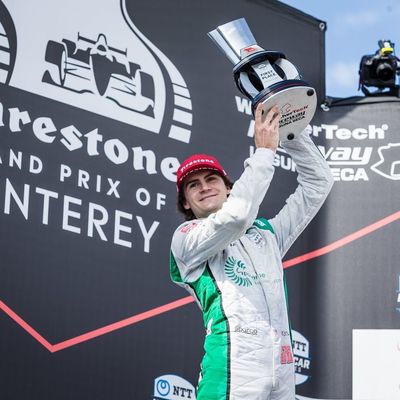 As per the sources, he has been sponsored by Honda for his engines and Honda for the Chassis. He races for Team Andretti Autosports, and there is more to come as he has announced to move to Formula One.

Who is Colton Herta's Girlfriend? ( Affairs and Relationships)

Colton Herta has been dating his long-time girlfriend Riley Flynn, who has been his primary supporter. The couple is often seen hanging out in the racing tracks and in family affairs.

Riley has been that kind girl who has always motivated him in the path of his career, and there is more to come for this beautiful couple. The couple is often seen together in Herta's Instagram posts, and they might get married in the coming years. 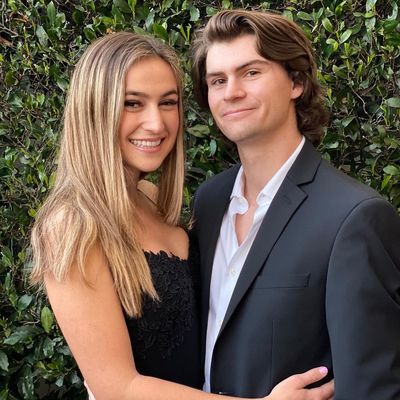 As seen from Herta's Instagram posts, the couple celebrated their third anniversary on the 30th of April 2021. Riley attended the University of Southern California, and they have been together since High School. And as a matter of fact, Riley is a big fan of Herta. Riley posts about the scenes during Colton's racing in her youtube channel named under her name.