Rigoberto Uran is well known for his profession as a cyclist. Rigoberto is a Colombian road racing cyclist who earned the silver medal in the 2012 London Olympic Games Road Race. Rigoberto became the first Colombian to make the podium of the Giro d'Italia.

Rigoberto was born on 26 January 1987 Urrao, Colombia central state of Antioquia. He is considered as one of the successful Cyclists. Before involving in the field of cyclist Rigoberto wear street clothes his parents could not afford cycling shorts and jerseys for him. Currently, he is one of the Richest Cyclists in Colombia.

Rigoberto Uran's net worth is found to be more than $1 million dollars as of 2020. Currently, his main source of income is cycling as well as he is a businessman. Pro Cyclists make around $100K – $200K average wage bills per year. Likewise, Rigoberto's salary from Etixx – Quick-Step team is found to be around $114,480 USD. 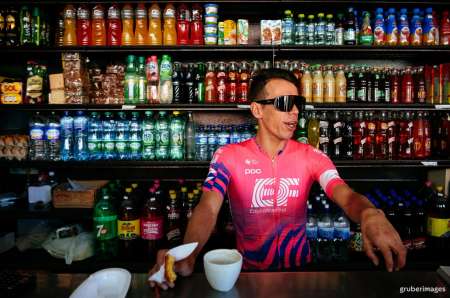 He chose the path of businessman along with cycling to uplift his net Worth. he has a dream to live a luxurious life so to fulfill his dream he is increasing his wages from business too. He started working at a young age as a lottery seller and has worked very hard since then. It is all his hard work and his dedication which has enabled him to earn such a high amount of wages.

Who is Rigoberto Uran's Girlfriend?

Rigoberto Uran is currently unmarried and furthermore, he is not dating any girls. Currently, he is just focusing on his career he does not want any kind of distraction. He is moving forward to develop his career. 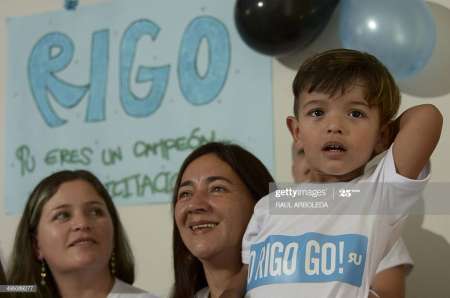 Rigoberto's mother (Aracely Uran) is a homemaker and his father (Rigoberto Uran) was a lottery seller. In his father’s absence, Uran had to help his family by becoming a lottery ticket seller.

He was introduced to the sport by his father and mentor, who was tragically assassinated by paramilitaries. In 2001 his father was killed by the Colombian terrorist group which was the worst year of his life till the date.

When Uran turned nineteen years old he migrates to Italy to ride for team Tenax with his compatriot Marlon Perez Arango. The following year he signed for Unibet.com and won a time trial at the Euskal Bizikleta. In 2008 he signed a deal with Caisse d'Epargne and went on to finish second at the Volta a Catalunya.

At the 2008 Summer Olympic Games, he competed in the road race but he did not finish. In 2009 he finished fifth overall at the Tour de Romandie and in 2010 Uran rode the Giro d'Italia and completed seventh overall in the 2010 Tour de Suisse

In 2011 Uran joined Team Sky and He finished fifth in Liege–Bastogne–Liege, and fourth overall in the Volta a Catalunya. Uran's best result was third at Grand Prix Cycliste de Quebec, which he later won in 2015.  In 2016 Uran joined the team Cannondale.