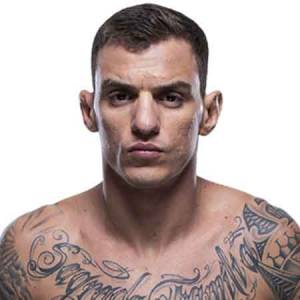 Renato Moicano is a Brazilian mixed martial artist who currently competes in the Featherweight division of the Ultimate Fighting Championship (UFC). He made his professional debut in 2010 and has a record of 13-1-1 in his career as an MMA fighter.

Moicano is a happily married man and his wife also made her professional debut in MMA last year.

Renato Carneiro was born on May 21, 1989, in Brasilia, Distrito Federal, Brazil. He has been practicing martial arts since he was a kid and has grown to become a teacher in MMA and Muay Thai. Information regarding his parents has not been found.

Renato Moicano began his professional career in MMA competing for the Jungle Fight promotion. In his first professional fight, he faced Alexandre de Almeida on March 20, 2010. The fight against Almeida continued to the third round where Moicano was able to defeat Almeida with a submission. Moicano had a record of 8 wins and 1 draw at Jungle Fight and had an undefeated streak and became the interim Jungle Fight Featherweight champion.

Following Moicano's success at Jungle Fight, he was signed by the UFC. His debut fight was at UFC Fight Night: Machida Vs. Dollaway, where he was replacing Rony Jason to face Tom Niinimaki. He was the victor of the fight, winning via submission in the second round. He defeated Zubaira Tukhugov at UFC 198 and Jeremy Stephens at UFC on FOX 24. He won both the fight with a split decision and continued his undefeated streak.

On July 29, 2017, at UFC 214, Renato Moicano faced against Brian Ortega. Ortega defeated Moicano via submission in the third round, bringing an end to his undefeated career record. The fight earned both fighter Fight of the Night bonus. In the fight to follow,  Moicano faced Calvin Kattar on April 7, 2018, at UFC 223. Moicano was declared the victor of the fight with a unanimous decision.

Renato Moicano's last bout was against Cub Swanson at UFC 227 on August 4, 2018. Moicano did not let the fight get past round 1 as he defeated Swanson via a rear-naked choke in round 1. His display at the fight earned him the Performance of the Night award.

Renato Moicano has not just had a successful career but has a good love life to go along with it. He is currently happily married and his wife is Priscila Van Der Broocke.

Priscila like Moicano is also a professional in MMA who made her debut on December 02, 2017. The couple may be married but they do not look to be yet ready to have a child.

Net Worth of Renato Moicano

Renato Moicano has had a successful career in MMA. Since his professional debut, he has fought in 15 matches and has a record of 13 wins, 1 loss, and 1 draw. His disclosed earning from his impressive record is disclosed to be $175,000.

Despite the knowledge of his financial earnings, we are unable to estimate his net wort at present due to lack of information about his annual revenue and personal assets.