Raymond Bernard Felton, Jr. was born on June 26, 1984, in Marion, South Carolina to parents Raymond Felton, Sr. and Barbara Felton. As per his nationality, he is American and belongs to African ethnic group. Further, his star sign is Cancer. He grew up along with his siblings, Juvonna Felton, and Charmaine Felton.

Raymond Bernard Felton, Jr. attended Latta High School in Latta, South Carolina where he played for his high school basketball team. He led his school to two state championships and also set a record of 2,992 points and 117 three points in the process.

After completing high school, Raymond Bernard Felton, Jr. enrolled at the University of North Carolina and played for the North Carolina Tar Heels men's basketball team. As a freshman, he held an average of 12 points and had a record of  236 assists. During his junior season, Felton averaged 12.9 points and 6.9 assists per game.

Raymond Felton Net Worth And Salary

Raymond Bernard Felton, Jr. so far has made earnings of $53,053,160 from his entire NBA career. In addition, he is the 9th best-paid player of Oklahoma City Thunder while Russell Westbrook, Paul George, Steven Adams are among the highest paid players.

Kept aside Raymond Bernard Felton, Jr. financial earnings, his personal assets include a Home. Further, he reportedly owns a car, Rolls Royce Ghost having worth $308,300.

Some of his past salaries and contract are:

Felton played for Charlotte Bobcats from the year 2005-2010. Felton started 54 out of 82 games for the Bobcats in his first season and averaged 11.9 points per game, 5.6 assists per game and 3.3 rebounds per game.

Felton signed a contract with the New York Knicks on 9 July 2010. The deal was finalized two days later for two years. On 22 February 2011, Felton was traded in a three-way deal with the Denver Nuggets, which included the Minnesota Timberwolves, who brought Carmelo Anthony to New York.

Later, he signed for  Portland Trail Blazers, playing for one season and eventually was traded to  New York Knicks. On 25 June 2014, Felton was traded to the Dallas Mavericks together with Tyson Chandler in exchange for Shane Larkin, Wayne Ellington, Jose Calderon, Samuel Dalembert.

Felton signed with the Los Angeles Clippers on 25 July 2016. Currently, he is associated with Oklahoma City Thunder where is recently signed a 1-year contract on July 12, 2018

Raymond Felton is a married man and currently married to Tabitha Tuggle. The couple tied the knot in a huge ceremony at The Joule on August 26, 2017. Some of his former UNC teammates including David Noel and Marvin Williams also attended the wedding.

Further, he is the father of a son whose name has not been disclosed yet.

Tabitha is his second wife as he was married to Ariane Felton previously. They divorced in 2014. 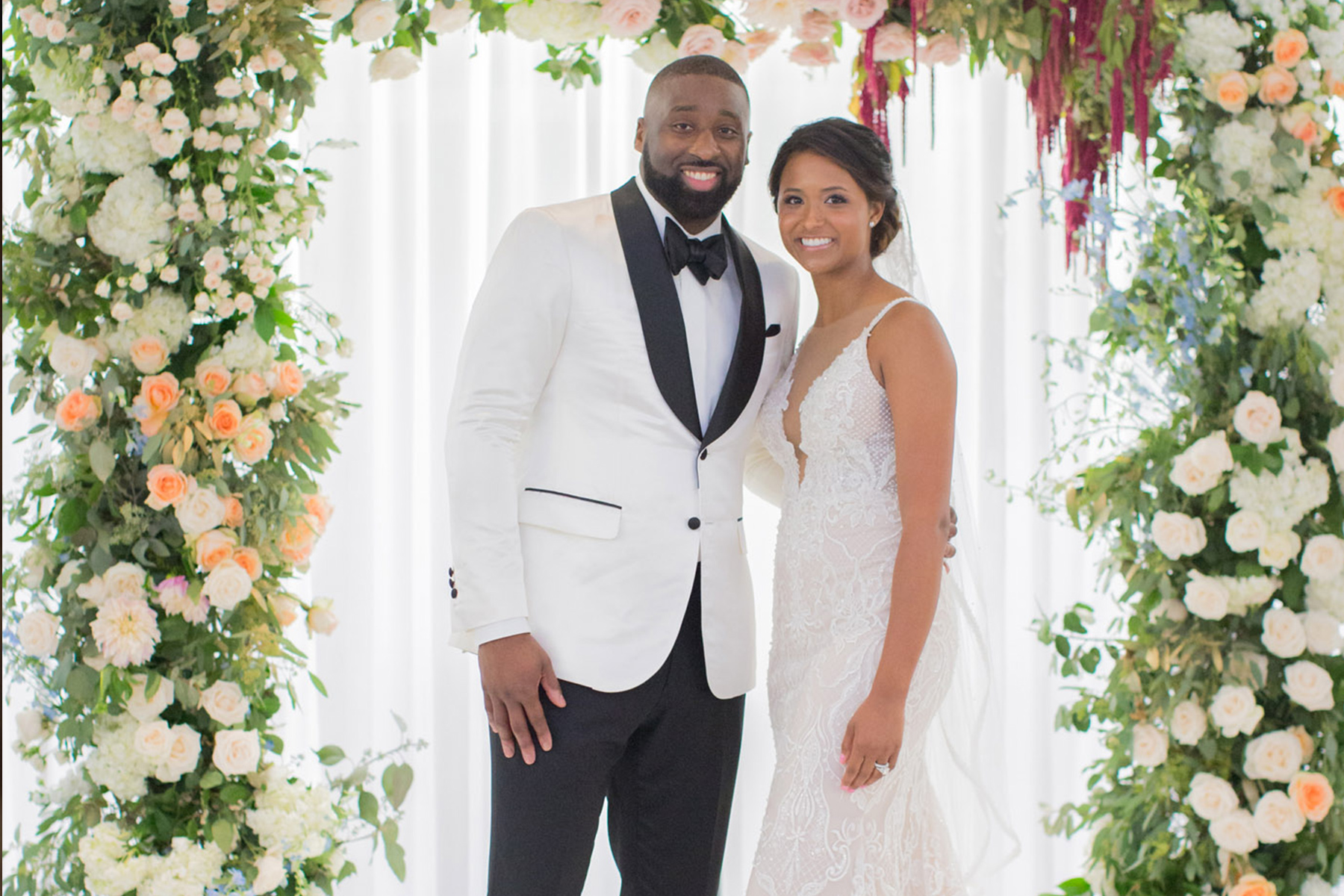 The Famous NBA star is 6 feet 1 inch in height and weighs around 93 kg. Other than being a famous NBA Shooting guard / Point guard, Raymond Bernard Felton, Jr. is pretty famous in social media.