Steven Adams is a New Zealander professional basketball player who plays in the National Basketball Association (NBA). Adams currently plays for the Oklahoma City Thunder as their Center.

Steven Adams's Net Worth and Salary 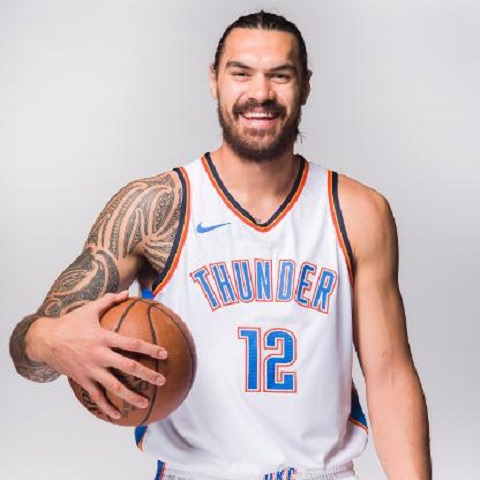 Steven Adams is rumored to be dating girlfriend, Ezel Kokcu. His girlfriend Ezel is an entrepreneur who had immigrated to New Zealand from Turkey with her family during her childhood. Her company is named Passphere and is located in Wellington, the capital of New Zealand.

Steven Funaki Adams was born on July 20, 1993, in Rotorua, New Zealand to parents Sid Adams and Lilika Ngauamo. He grew up along with one sister Valerie Adams, and three brothers, Ralph Adams, Warren Adams,  and Sid Adams Jr.

Adams attended Scots College where he graduated his high school education from. He later Notre Dame Prep in Fitchburg, Massachusetts where he learned more about basketball.

Adams enrolled at the University of Pittsburgh and played for the Pittsburgh Panthers. He played only one season with the team starting in all 32 games for in the 2012-13 season. He was named the Big East Preseason Rookie of the Year. He forewent three years of college eligibility and declared for the NBA draft.

In the 2013 NBA draft, Steven Adams was drafted by the Oklahoma City Thunder with their 12th overall pick. He signed a rookie scale contract with the Thunder on 12 July 2013. He played in 81 games in his rookie season averaging 3.3 points and 4.1 rebounds and earned NBA All-Rookie Second Team honors.