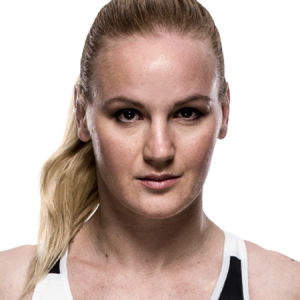 Valentina Shevchenko is a Kyrgyzstani–Peruvian mixed martial artist who competes in the women's flyweight division of the Ultimate Fighting Championship (UFC). She is currently the women's flyweight champion of the Ultimate Fighting Championship (UFC). A professional since 2003, she has previously competed at Legacy FC, Fusion FC, and WXF. Also, she is a former Muay Thai Fighter.

As of January 2019, her career disclosed earning is $579,000. With a tremendous earning, her net worth is assumed to no less than the six-digit figure.

How Much Is Valentina Shevchenko Net Worth In 2019?

Not only name and fame but Shevchenko has earned huge wealth from MMA. Her total UFC earning is disclosed below in the table.

Valentina Shevchenko has not revealed the exact figure of her salary and net worth. But looking at her MMA career, her net worth is assumed no less than the six-digit figure.

She is successful and popular; therefore, it will not be difficult to get a man for her. She might be dating her boyfriend too. She is the woman who is extremely ambitious and career is everything for her. She definitely wants to be a topmost player in her professional career.

Until now, she was not involved in any charity and social work. She does not indulge in any controversy. She is very close to her family. She was born to Elena Shevchenko. Her mother is a Ph.D. holder. Currently, she works in a research dept. at the University of Hamburg.

Valentina Shevchenko was born on March 7, 1988, in Bishkek, Kirghiz SSR, Soviet Union. She is Kyrgyzstani by her nationality and belongs to Russian descent.

At the tender age of five, she started the training of Taekwondo. She was influenced by her mother. At 12, she began kickboxing and then freestyle Vale Tudo.

Also at age 12, Shevchenko knocked out a 22-year-old opponent, earning her the moniker "Bullet" from her trainer Pavel Fedotov because of her speed in the ring.

Shevchenko has competed in MMA professionally since 2003. She made her MMA debut at Kyrgyz Federation of Kulatuu against Eliza Aidaralieva. She compiled the record of 11-1-0 (win-loss-draw), before joining UFC, fighting at Legacy FC, Fusion FC, and many others.

On 19th December 2015, she made her UFC debut at UFC on Fox: dos Anjos vs. Cerrone 2 against Sarah Kaufman. She won the bout via split decision in the round three. She next faced Amanda Nunes at UFC 196 where she was defeated by her opponent in round three.

On 9th September 2017, Shevchenko faced Amanda Nunes at UFC 215. She lost the bout via split decision. On 3rd February 2018, she defeated Priscila Cachoeira at UFC Fight Night: Machida vs. Anders.

Shevchenko faced Joanna Jedrzejczyk at UFC 231  for the vacant woman Flyweight Championship and defeated her via decision to win the title.