Jessica Eye is an American professional mixed martial artist who currently competes at the flyweight in the Ultimate Fighting Championship (UFC). In the past, she has fought for Bellator and North American Allied Fight Series. She has a career record of 13 wins and 7 loss.

Eye's success in her career is causing issues in her personal life for her to find a good boyfriend for herself. However, it is helping on her financial standings.

Net Worth of Jessica Eye; How much does she Earn per Fight?

Jessica Eye's current net worth is $0.5 million (Approx.) as of 2019. In the span of her career at UFC, Jessica Eye has reportedly earned $493,125 in prize fights. Aside from her fight earnings, she is also sponsored by Adidas, which also helps in her financial gains. 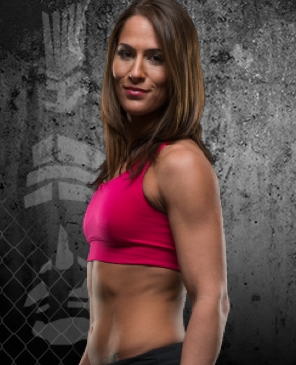 Despite the knowledge of her fight earnings, there is a lack in the information about her assets as well as annual revenue, which is the reason her net worth is under review at the moment. We shall update it as soon as we get more details on her finances.

Personal Life of Jessica Eye; Is she Married?

Jessica Eye's personal life, especially regarding her relationship, has remained a mystery. She is most likely single the time as there are no rumors of her seeing anyone and she has not said anything about her love life. Back in 2013, she had opened up saying that it was hard for her to find a proper boyfriend and that she was single at that time. Things do not seem to have changed in her life.

Jessica Eye was born on July 27, 1986, in Rootstown, Ohio to parents Colleen Eye and Randy Eye. Her parents were divorced, and as though she spent some of her time with her mother, her father won the full custody of her. She graduated from Rootstown High School and attended the University of Akron. She never completed her four-year degree at the university.

Jessica Eye started her amateur career in mixed martial arts (MMA) in June 2008. She had an undefeated amateur career with 5 wins and 0 loss and was the first North American Allied Fight Series (NAAFS) amateur Women's champion on December 5, 2009.

Eye's professional career debut was in June 2010 with North American Allied Fight Series facing against Amanda Lavoy. She defeated Lavoy and made a career debut with a victory. She defeated Marissa Caldwell and Ashley Nee on her next two fight to have a three-win streak. However, her winning streak was cut short by Aisling Daly on June 4, 2011, in an NAAFS professional women's flyweight championship bout.

After her loss with Daly, Jessica Eye signed with Bellator Fighting Championships. Her debut match for the promotion came at Bellator 51, where she defeated Casey Noland by split decision. Eye faced Anita Rodriguez on her second fight at Bellator 66 on April 20, 2012. She lost the fight against Rodriguez with a unanimous decision. 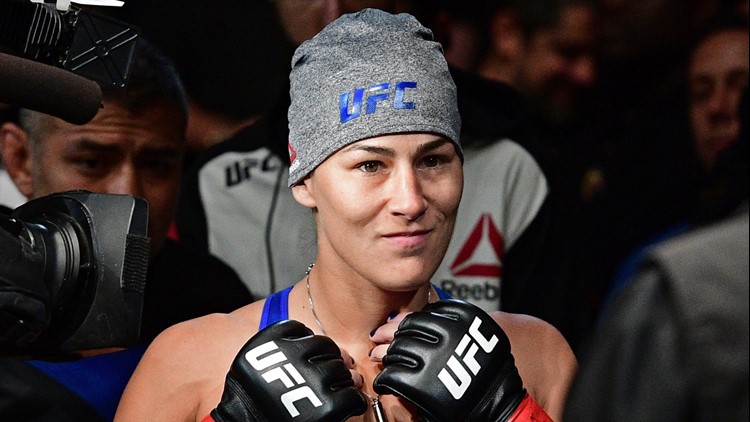 Jessica Eye faced Angela Magna in the main event at NAAFS: Rock N Rumble 6 on August 17, 2012. She was declared the victor of the fight via unanimous decision. She faced Zoila Frausto Gurgel at Bellator 83. She won the match in less than a minute with a standing arm-triangle choke. She was released by Bellator on August 13, 2013, following the dissolution of its women's division.

Following her release from Bellator, Jessica Eye signed with UFC in August 2013. In her debut match for the promotion, she faced Sarah Kaufman at UFC 166 which she won with a split decision. On her next fight against Alexis Davis at UFC 170, she lost via split decision. At UFC 180, she fought Leslie Smith and won the match due to doctor stoppage.

Jessica Eye lost the next four fights that she was put in against Miesha Tate, Julianna Peña, Sara McMann, and Bethe Correia. She moved down a weight division to the flyweight division and fought against Kalindra Faria on January 14, 2018. She was able to gain her first victory in a long time winning via split decision. She faced Jessica-Rose Clark on at UFC Fight Night and came out the victor via unanimous decision.

Jessica Eye was scheduled to face Sijara Eubanks on at UFC 232, but the fight was canceled, and she was re-booked to fight against Katlyn Chookagian at UFC 231.

Miles Johns Miles Johns Father of two with his Wife; How much does he Earn from UFC?