How Much Is Jasmine Jasudavicius' Net Worth In 2022?

Ranked #48 in the Current Best Female Flyweight, Jasmine Jasudavicius has earned a decent sum through her MMA career.

Unlike other sports, MMA athlete does not have a fixed salary. Rather they get pay per bout along with various bonuses.

Jasmine Jasudavicius is in a relationship with Wrestling/MMA coach, Chris Prickett. The couple has been dating since 2015. 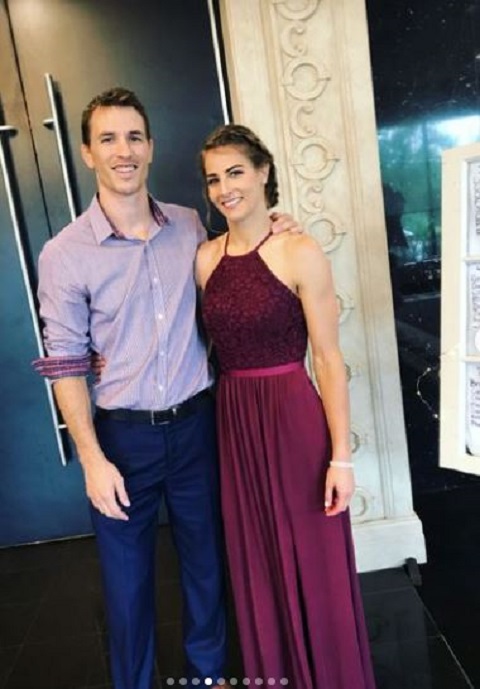 Their relationship is open book: both Jasmine and her long-time partner Prickett often post each other on their respective IG, sharing bits of information.

The couple lives together with  Prickett's nine years old daughter.

Jasmine Jasudavicius went to college for policing. Before MMA, she worked at a youth homeless shelter for people aged 16-24. She said, "It was challenging but very rewarding. I look forward to getting back into the social service industry in the future. This is very dear to my heart."

She began fighting 6 years ago and just fell into it and absolutely loved it and never looked back. She has  BJJ purple belt.

On 13th July 2019, Jasudavicius made her professional MMA debut at     WFC - World Fighting Championships 109 against Brigid Chase. She won her first fight via submission in round two. She next faced Kylie O'Hearn at Cage Titans FC - Combat Night 2. She won the bout by unanimous decision in round three. On 30th November 2019, she defeated Christina Ricker at BTC 8 - Eliminator via TKO in round one.

On 1st Feburary 2020, Jasudavicius took a fight against Gabriella Gulfin at CFFC 81 - Cage Fury Fighting Championships 81. She won the fight via TKO in round one. On 13th August 2020, Jasudavicius had her first career against Elise Reed via split decision in round four.

Rebounding from loss, she returned to fight the following on 12th March at CFFC 93 - Cage Fury Fighting Championships 93 against Ashley Deen. She won the fight via unanimous decision in round three.

On 22nd January 2022, Jasudavicius made her UFC debut at UFC 270 - Ngannou vs. Gane against kay Hansen. She won the bout via unanimous decision in round three.