Tadej Pogacar is a Slovenian cyclist currently riding for UCI WorldTeam UAE Team Emirates. The twenty-three years old has already two Tour de France Trophy and two of the one-day Monuments under his name. Currently, he is ranked No.1 in men's UCI World Ranking and finished the 2021 season as the year-end top-ranked road cyclist.

The significant source of professional cyclist income in prize money.

Additionally, three-stage wins earned Pogacar €33,000 in prize money. Also, he made €11,370 between the 2nd and 20th on no fewer than eight occasions throughout the race.

Throw in the loose change he made from reaching various categorized mountain tops and wearing leaders' jerseys throughout the race and the total adds up to around €600,000 in prize money for the young Slovenian.

As reported, the total will actually be shared among the rider's seven teammates, too. 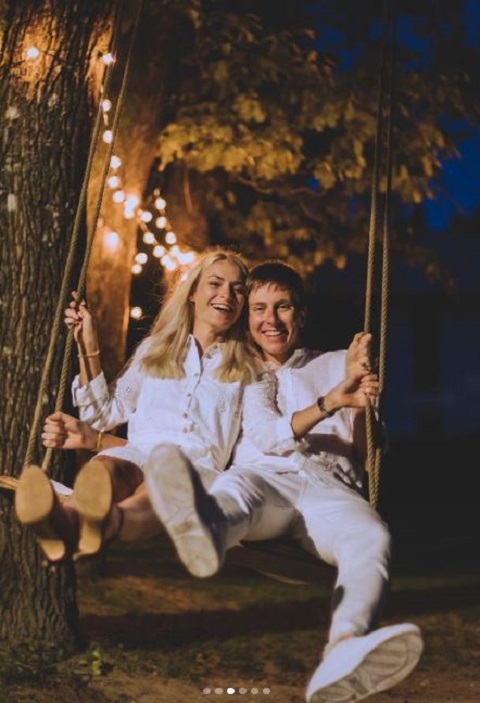 They met four years ago during a training camp when they were both part of the cycling club based in Slovenia’s capital, Ljubljana

Tadej is the 3rd of four children born to Marjeta and Mirko Pogacar. His mother is a teacher of French while his father previously worked in management at a chair factory prior to joining Tadej's former team Ljubljana Gusto Santic as part of their management team in 2021.

Tadej considers Alberto Contador, his role model. While growing up he was also an admirer of Frank Schleck and Andy Schleck while growing up.

Along with Slovenian, he is fluent in English and Italian.

Following his elder brother, Rog Ljubljana's footsteps, Pogacar joined the Rog Ljubljana club at the age of nine. By 2011, he came to the attention of Road World Championship medallist Andrej Hauptman, who is his coach now.

In 2019, Pogacar joined UAE Team Emirates. At the Tour Down Under, he made his debut for the team, where he came 13th.

That same season, he won the Tour of California, becoming the youngest cyclist to win the UCI World Tour at the age of 20.

In 2020, he made his Grand Tour debut where he won three stages of the Vuelta an Espana en route to an overall 3rd place as well as the young rider.

In his Tour de France debut, he won three stages and the race overall with the mountains and young-rider classifications, becoming the only rider to win these three classifications simultaneously. He held the title the following season as well.

In 2021, he became the first Tour de France winner to take an Olympic medal in the road race in the same year after he took bronze at the men's road race.