Some people come to the spotlight after years of hard work and dedication, and some rise to fame after tying their wedding knot with a reputed personality. Nina Westbrook is an American former college basketball player who played for the UCLA Bruins women's basketball team of the Pac-12 Conference. Nine is best-known as the wife of famous American professional basketball player Russell Westbrook.

Nina Westbrook was born Nina Ann-Marie Earl on January 16, 1989, in Upland, California. She is among the four children born to Michael Earl and his wife, Jennifer Lyons. He has three brothers Michael, Jonathan, and Benjamin. Nina graduated from Diamond Ranch High School and then enrolled at the University of California Los Angeles. Nina stands six feet and one inch tall and weighs 80 kg.

Nina is married to her longtime boyfriend, Russell Westbrook. The love birds walked down their wedding aisle on August 29, 2015. They had a lavish outdoor wedding ceremony at the famous Beverly Hills Hotel in a star-studded ceremony. The duo exchanged their wedding vows in the presence of friends and family, including Westbrook’s current and former teammates – Kevin Durant, Kevin Love, Serge Ibaka, and a few more. 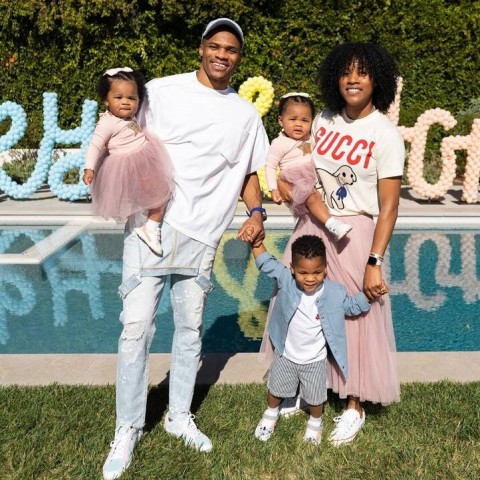 CAPTION: Nina along with her husband and their three children SOURCE: Bleacher Repor

Nina’s engagement ring is said to have cost a whopping $700,000. The bride wore two gorgeous dresses, the first designed by Vera Wang and the second by Monique Lhuillier. The groom wore an exquisite tuxedo. Joanie and Leigh’s Cakes made the wedding cakes of Bel-Air, California, and floral arrangements. The duo met each other while attending UCLA.

In March 2017, Nina and Russell opened about expecting their first child. Her husband shared the news via a post on his Instagram. Shortly after the announcement, The duo welcomed their first child, Noah Russell Westbrook.  In 2018, The couple was blessed with twin children, Skye Westbrook, and Jordyn Westbrook. It's been more than six years of their marriage, and there have been no rumors of the couple having ups and downs in their married life.

Nina is enjoying her husband's Massive Net Worth. Her husband, Russell Westbrook, has an estimated net worth of more than $150 Million. The well-known American NBA player is among the highest-ranked and well-decorated players. In 2016, Westbrook had signed a three-year $86 million contract with Oklahoma City Thunder.  He signed a five-year extension with the Thunder worth $207 million the following year, the league's biggest-ever contract regarding the total value. 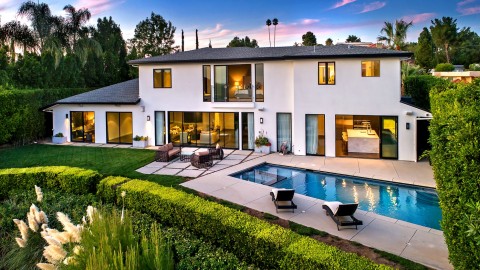 Westbrook ranked at No. 35 in Celebrity 100 list and 12 in the World's Highest-Paid Athletes in 2020. The NBA player owns several lavish Mansions around the state. In 2012, He purchased  $1.945 million for an estate near Oklahoma City and sold the mansion for $1.03 Million in 2020.  It spans 1.4 acres and centers on a stone-clad mansion of about 8,400 square feet. Russell sold his Oklahoma home for $426,000. The same year, Westbrook listed his two-story Home in the Beverly Hills Post Office area for sale at $4.375 Million.