As a Power forward / Center, Ibaka reportedly earns around $23,271,605 per annum as his salary from Toronto Raptors. Further, he has an estimated net worth of over $50 million.

Serge Ibaka's Net Worth, Salary, and Contract in 2019

As of 2019, Serge Ibaka has an estimated net worth of over $50 million, mostly earned through his basketball career. He reportedly signed a 3-year contract worth $65 million with the Toronto Raptors. 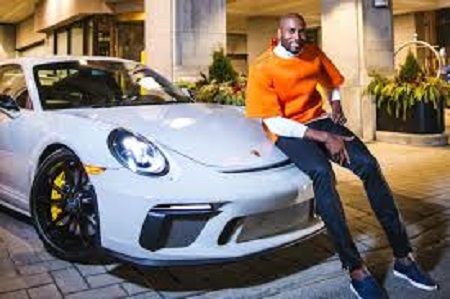 Ibaka currently resides in Orlando where he owns $2.1 Million real estate property. Additionally, he owns a few of the best luxury cars including Maserati Quattroporte, GMC, and BMW.

Other than being a famous NBA Power forward / Center, he is pretty famous in social media.

Personal Life of Serge Ibaka; Is he Married?

The NBA star Ibaka, 29, is blessed with a daughter named Raine, who was born when he was still a teenager, shortly after he had left Congo-Brazzaville. However, he has revealed less to no information about his daughter's mother or possible wife. 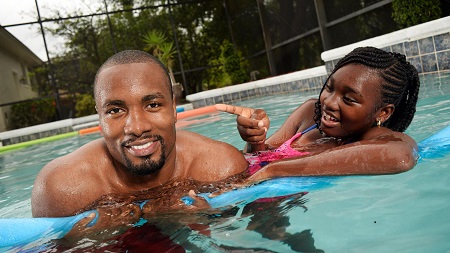 Furthermore, his previous love affair with R&B singer Keri Hilson has generated immense buzz. The duo began dating in 2012 but their relationship did not last long as the couple parted their ways in 2016.

After ending two relationships publically, the singer is taking a break from the dating scene and she’s okay with it, even if her fans aren’t. While, Ibaka is rumored to be dating a South African actress/model, Pearl Thusi.

According to the source, he is been seen on her Instagram story at his house, and on her friend Jenn's account attending Raptors games. Not only this but his rumored girlfriend also posted Instagram stories of the two of them attending basketball games.

Nonetheless, the two has not made anything official about their relationships.

Facts and stats of Serge Ibaka

Serge Ibaka was born on 18 September 1989, in Brazzaville, the Republic of the Congo to parents Desiree Ibaka and Amadou Djonga. As per his nationality, he is Congolese-Spanish and belongs to the African ethnic group. Further, his star sign is Virgo. He grew up along with his siblings, Rachina Ibaka, Igor Ibaka.

Since his tender age, Ibaka started playing basketball with his first club, Avenir du Rail, using the sport as an escape from his mother's untimely death and his father's imprisonment during the Second Congo War.

At his 17, he relocated to France and joined a second division basketball team prior to moving to Spain. In Spain, he soon started playing with CB L'Hospital where he played a season.

However, there is no information about his academic background hence the college he attended is under review.

In the 2008 NBA Draft, Ibaka was picked by the Seattle SuperSonics, becoming the first player from the Republic of Congo to be selected in the draft, although the Oklahoma City Thunder agree to keep him in Europe.

Subsequently, he penned a three-year deal with Ricoh Manresa of the ACB League in Spain. However, the Thunder paid the buyout and signed him to a 2-year deal with two more optional seasons in July 2009.

In June 2016, he was traded to the Orlando Magic in exchange for Ersan Ilyasova, Victor Oladipo, and the draft rights to Domantas Sabonis. On 13th November 2016, he recorded a career-high 31 points with a hit a game-winning baseline jumper to lead the Magic to a 119-117 victory against the Oklahoma City Thunder.

Further, he was traded to the Toronto Raptors in exchange for Terrence Ross and a future first-round draft pick on 14th February 2017. Later 10 days, he made his Raptors debut in a 107-97 victory against the Boston Celtics.