Gloria Govan is an NBA Wags who initially rose to fame as the wife of Matt Barnes who played 14 seasons in the NBA. After divorcing from Barnes, she is in a relationship with the head coach and the general manager for the Los Angeles Sparks' Derek Fisher. Besides, Govan starred on basketball Wives and Basketball Wives LA. Also, she has acting credits in the movies, Chocolate City and More Family.

Read this article and know why Govan separated with Matt Barnes? Do they share children? Her new relationship.

Was Married To Matt Barnes

Govan and Barnes first met when she was only 12. Following few years apart, they reconnected when Barnes came to play near Govan's hometown of Oakland. The duo officially began dating in 2006.

In 2010, the pair made headlines when Barnes who was newly signed to the Lakers was arrested on suspicion of domestic violence against her. As per reports, the two suffered injuries while quarreling however, concluded that Barnes had been the primary aggressor.

Later, the charge dropped after Govan denied and said, “Any accusations of domestic violence are false. My fiancé, Matt Barnes, has never physically abused me or my family.” 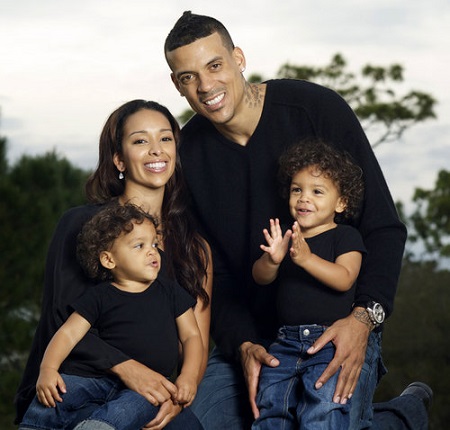 Gloria Govan and Matt Barnes with their twins SOURCE: PlayersGF.com

In August 2013, the couple tied the knot in a seaside ceremony in Santa Barbara, California, in the presence of 300 guests.

Nevertheless, their marriage tour sour and separated in 2016.

Who Got The Child Custody?

Govan and Barne's rocky relationship affected their twins: Carter Kelly Barnes and Isaiah Michael Barnes. Reportedly, Barnes received an 18-month restraining order against his ex-wife, claiming that the latter posed a danger to them.

In May 2018, Govan was arrested following Barnes claimed that she put their children in danger while driving her car in a rage. In June of the same year, she accused Barnes of “backhanding” her during their marriage.

As of 2021, the children are with their mother.

It is rumored the affair between Gloria Govan and Derek Fisher is the main reason for their separation between her and Matt Barnes. Also, there had been a legal clash between both of the stars. 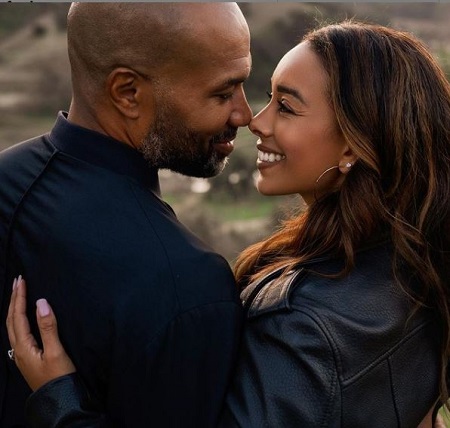 After divorce with Barne, she moved on with Derek Fisher. The couple got engaged in 2018. On the other hand, Barnes found love with the plus-size model Anansa Sims. Barnes and Sims welcomed a baby girl in December 2019.

As of 2021, Gloria Govan's net worth is approximately $5 million. An actress and a model, she earns pretty well.

Oakland, California, native Gloria Govan was born on 22nd February 1985, under the star sign Pisces. The thirty-six years old holds an American nationality and is of mixed ethnic background. She has a sister named Laura and a brother named Lonnie.