Joanna Minardi is popular for her relationship with the former Louisville coach. She is the wife of Richard Andrew Pitino, famously known as Rick Pitino. She is one of the down-to-earth women who is the proud co-founder of Daniel Pitino Foundation, a Lexington, Kentucky-based non-profit organization that focuses on helping underprivileged children.

Born in the suburbs of the Long Island area, Pitino’s wife was born in 1953. Sadly, she is yet to disclose her exact date of birth. Likewise, Minardi also has not shared any information regarding her parents. However, she has two older brothers. Nonetheless, it is known that for her academics, she enrolled at St. Dominic’s High School in Oyster Bay, Long Island.

As a co-founder of the Daniel Pitino Foundation, it must be sure that Pitino’s wife, Minardi, has managed to earn a healthy amount of money. But, as the foundation is a non-profit organization and all of the funds raised from it only go to the needy children, she doesn’t make any profit from it.

However, as her husband is a renowned basketball coach whose salary is $7.7 Million and net worth is $45 Million, it is absolutely certain that she gets some part of it. 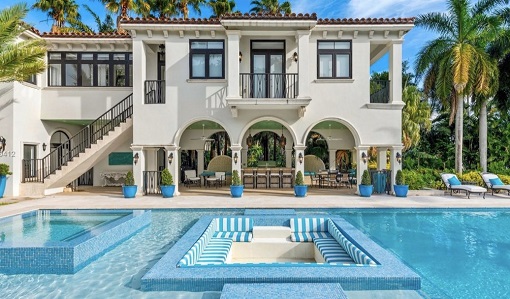 Furthermore, when her husband sold their 12,000 square foot Miami real estate for $17 million in April 2020, Minardi must have received some percentage off it too.

Minardi and the Naismith Memorial Basketball Hall of Famer have been relishing their togetherness for more than 4 decades. The now-married duo first met each other in the early 1970s while both of them were enrolled at St. Dominic’s High School. 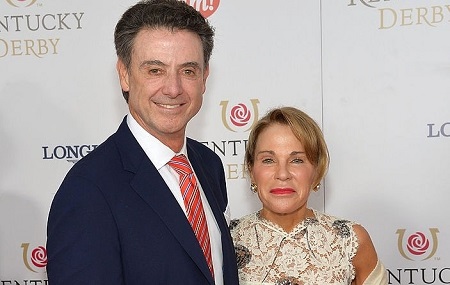 Soon, they became friends, and later, their friendship took a turn, and they began dating. And, just some years after dating each other, in 1976, they officially legalized their bond and got married.

Ever since then, the former coach of the New York Knicks and his wife have been relishing their marital bond.

Details On The Couple’s Children

The power couple’s married life got filled with more happiness when they welcomed lovely children into their family. Together, Minardi and Pitino were blessed with six children, 5 sons named Michael, Christopher, Richard Jr., Ryan, and Daniel plus a daughter named Jacqueline.

Unfortunately, a disaster hit the family in 1987 when the couple’s son, Daniel, passed away due to congenital heart failure when he was just six months old. The incident shocked everyone, and the whole family grieved for him.

Later, to honor him, Minardi and Pitino established the non-profit organization named Daniel Pitino Foundation and a Daniel Pitino Shelter.

In 2009, a controversy arose that almost broke their decades-long marital relationship. As per some sources, it was stated that Pitino was cheating on his wife, had a sexual relationship with another woman named Karen Cunagin Sypher and she was pregnant with his child.

The speculations were confirmed by Pitino himself and also admitted that he had given $3000 to Sypher for an abortion. Just a few weeks later, the former coach of the University of Louisville revealed that Sypher was extorting him. Due to that, he charged her for extorting him and lying to federal agents.

When the court hearing happened, Minardi proudly stood beside her husband and supported his claims—Sypher received 87 months in prison but got released in a halfway house in January 2017.

Later, after the whole controversy ended, the happily married duo, Minardi and Pitino settled down the disputes created by the controversy and continued to live together as husband and wife.