Marlene Wilkerson is a famous celebrity, an Instagram model, an entrepreneur and a YouTuber who has a large fan following. She consistently provides tips and techniques about hairstyling and self-care through her youtube channel The Find Guru. She is also an expert in brand development, website traffic growth, sales strategy developer.

Besides her own personality and brand, she is mostly famous for being the girlfriend and fiancee of NBA player Kyrie Irving. Kyrie is one of the best players in the history of the NBA. He is a 1 time NBA Champion, included for 7 times in NBA All-Star, etch and has also won gold medals in the Olympics.

Who is Kyrie Irving's girlfriend Marlene?

Marlene Wilkerson was born on August 18, 1993, in California, United States. According to astrologers, her zodiac sign is Leo. Her mother's name is Mrs. Alaine Lee Lugo and she was raised by her single mother along with her brother in California. Alaine Lee was a registered nurse who used to work in Bethany Home Care as an administrator. 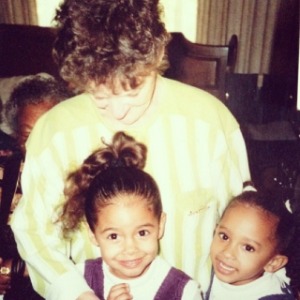 Read more:- Who is Mary McGee? (Bio and Family)

The information about Marlene's father is still a mystery as the model has never talked openly about him. However, it is believed that her father must be African-American as her mother is white and she has a mixed-looking face.

Before being an influencer, she also worked as a marketing associate of Victoria's Secret. 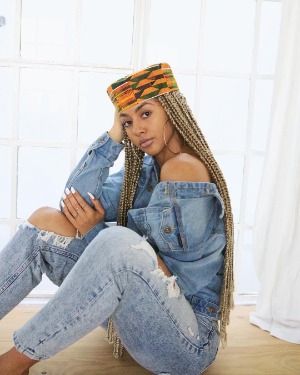 Besides, her curly brown hair gives more attraction to the American model.

Marlene is currently dating her boyfriend and fiancee Kyrie Irving. The pair are already engaged and planning on getting married. Moreover, she is also pregnant with the child of Irving. 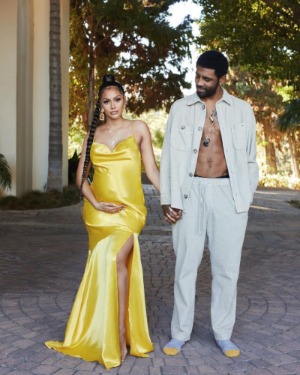 As per the sources and rumors, the couple started dating in 2018. After dating for nearly 1 year, they got engaged in the US in the presence of their close friends and family. In 2019, Marlene was seen in public with engagement rings in her hand.

Marlene's past boyfriends before Kyrie

His current girlfriend of Kyrie, Mimi has a long history of dating men. The beautiful model had dated athletes more, but with her fame and beauty, she can date anyone she wants. In the past, she used to date Layvin Kurzawa who currently plays soccer for the french club PSG. At that time, he was playing for Chelsea. After Kurzawa, she started dating a basketball player Dexter Strickland who was her former teammate of Kyrie.

A similar case is with Kyrie too who has dated multiple women in the past.

Kyrie used to date another Instagram model Chantel Jeffries, for about a year. The pair were also seen at a couple of events in the public.

Irving's other girlfriend's name was Gabriella Lexa who is a model and dancer by profession. Another one is Kehlani Parrish, who is a legitimate R&B talent. They did not hesitate to go public about their love life. The couple was in a deep relationship but rumors about Parrish cheating on Kyrie were spread. That resulted in the breakup of two pairs.

Recently in July 2021, Irving's fiancee Marlene announced that she was pregnant. She posted a photo of her with Kyrie clearly showing the body with a sign of pregnancy.

She captioned "Evidence of a divine presence".

"To be chosen as a vessel where two souls grow, one incarnates and the other is reborn.
Two heartbeats grow in harmony through a manifestation of love.
For a soul to choose me and guide me on a journey covered by our ancestors,
To ignite my Womban instincts-
To have an inner knowing.
To a new level of gratitude for my mother and all the Womban who have held space as a motherly figures raising me."

It clearly shows the pair are excited and prepared for their baby whose gender is still unknown.

Read:- Who is Azzi dating? 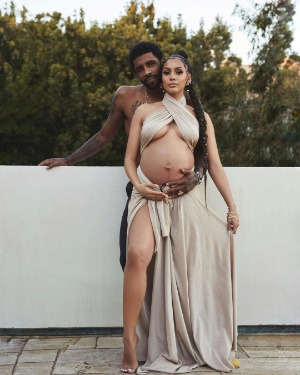 Marlene Wilkerson during her pregnancy with her fiance SOURCE: [email protected]_xo

Meanwhile, Kyrie has already had a daughter named Azurie Elizabeth Irving, from his past relationship. Azurie was born on November 23, 2015, to Kyrie and his former girlfriend Andrea Wilson.

As of 2022, she is 7 years old and will be living with NBA stars Kyrie and Mimi.

Marlene Wilkerson's Net worth and Salary

Marlene is a young entrepreneur and an Instagram model who has multiple sources of income. From being a blogger to modeling on Instagram and doing promotions for various brands, she has been very successful in attracting money in her bank account.

According to sources,  Marlene's net worth is estimated to be $500,000 approximately. It includes her assets, properties, incomes, cars and houses.

Read more:-How much is Zia Cooke's Net worth? 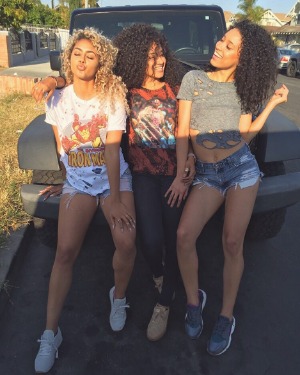 Marlene Wilkerson with her friends in front of a car SOURCE: [email protected]_xo

She is the CEO of her brand The Find Guru which is massive on youtube. As of November 2021, she has more than 831,000 followers and massive views. It definitely contributes to her income.

According to Business Insider, a Youtuber with about 1 million subscribers can earn about $444,000 per year. Of course, views and engagements matter, it is just a rough estimation of a Youtuber's yearly income.

She has also worked in Crystal Clean LA company for more than 6 years, where she must be earning a pretty good sum of money. 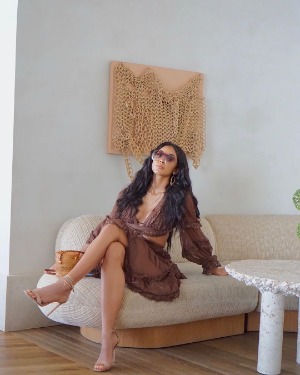 Additionally, her fiancee Kyrie Irving also has a massive net worth of $70 million. Together, the couple has a large net worth and lives a luxurious lifestyle in LA.

Being a social media influencer, she is highly active on Instagram. She goes by the username @goldennn_xo and has more than 404,000 followers.

She also has a Youtube account, where she posts hairstyling ideas and even workout videos. Over the years, she has earned large subscribers. which is more than 830,000 on Youtube Alone.

Besides, she is also active in Linked In, which shows her past working history and expertise.