Polona Hercog is a well-known Slovenian professional tennis player. She has been playing in professional events since 2006. Polona plays in the ITF and WTA events. Hercog has won three major single titles and two titles in Doubles. Polona won the French Open and Wimbledon Championships junior titles in the doubles competition in 2008.

Polona Hercog was born on January 20, 1991, in Maribor, SR, Slovenia. She is the daughter of Romana Hercog and her husband, Vojko Hercog. Her father was a bar owner, and her mother was a florist. Polona started playing tennis from an early age and did not focus much on formal education. Talking about her physical appearance, Hercog stands six feet and one inch tall and weighs 65 kg.

Polona Hercog has an estimated net worth of more than $3 Million. She has earned most of her net worth through her successful tennis career. A tennis player does not need to win an event to earn the prize money they are paid based on the level they reach. In the ongoing season of 2021, Polona has already earned $451,235 as her prize money. 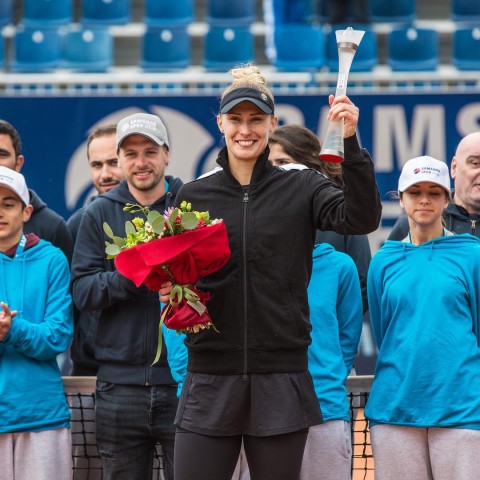 Polona has earned $4,268,605 as her total prize money from her WTA Career. She has played in 705 singles games won 433 of them. Hercog is very much early in her carer and will be making millions in the future.

Polona is very much private about her love life. Although She has sometimes shown hints of her private life, Hercog has not been open about her married life. Following her Instagram post, we can be sure that the tennis player is dating her longtime boyfriend, Zeljko Krajan. The love birds have been together for more than two years. Polona first posted with Zeljko in July 2019. 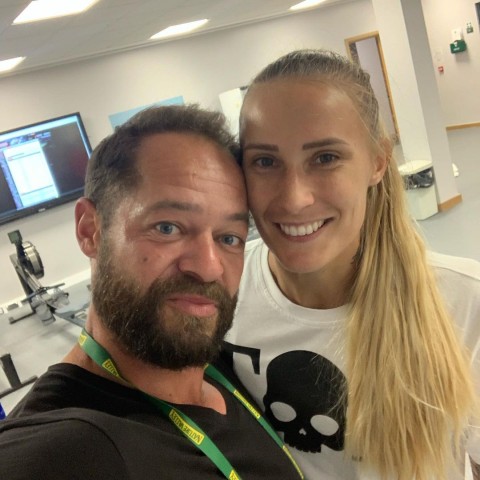 Krajan is a tennis coach and works for the Croatia national team. Following their posts, Zeljko is the father of a daughter from his former marriage or relationship. He has not shared a word about the child's mother. Also, Hercog seems like has a son born in 2017. She has not shared much about him lately.

Polona started practicing professional tennis at the age of 14 in Italy. She made her WTA debut in 2007 at the Slovenia Open. In 2008, Hercog and Australian Jessica Moore won two Grand Slam junior doubles titles, the French Open and the Wimbledon Championships. In the next few years, She Hercog had many ups and downs in her career.

In 2014, Polona entered the top 100 in the World Ranking and ranked No. 95. The following season, She reached Round 2 in the US Open and Australian Open. In 2016, Hercog represented Slovakia in the 2016 Olympics but failed to reach the finals. In the next two seasons, Polona could not make it to the top of her game. At the end of 2019, Hercog won her third WTA singles title at the Lugano Open.

The 2020 season got disturbed mostly due to the COVID pandemic, and in the matches that were held, She utilized her time and climbed back in the ranking ending the year ranked 52.