Lorenzo Musetti is a rising tennis player from Carrara, Italy who is right-handed (one-handed backhand). Turned professional in 2019, he reached his highest No. 115 on 22nd February 2021. Currently, he is ranked No. 120.

Born on 3rd March 2002, Lorenzo Musetti is nineteen years old. He is the son of Francesco and Sabrina Musetti. Holds Italian nationality, he started tennis at the tender age of four, regarding his greatest inspiration, Roger Federer. He stands 1.85 m (6 ft 1 in) tall.

How Much Is Lorenzo Musetti's Net Worth In 2021?

With a career earning of $237,784, Lorenzo Musetti is ranked #181 in ATP Prize Money. The list is topped by the veterans Novak Djokovic, Daniil Medvedev, and Andrey Rublev.

Outside the court, he earns much from sponsorships. Currently, he is associated with Bolon Eyewear, Abierto Mexicano de Tenis, MEXTENIS, Noberasco, Inkospor Italia, and Nike.

Lorenzo Musetti's Girlfriend: Is He Dating?

With a model face and tennis talent, no doubt, Lorenzo Musettis is the dream date of many girls out there. His fans are curious if the handsome have a girlfriend or not. However, leaving his fan clueless regarding his love life, Musetti lives a low-key life. 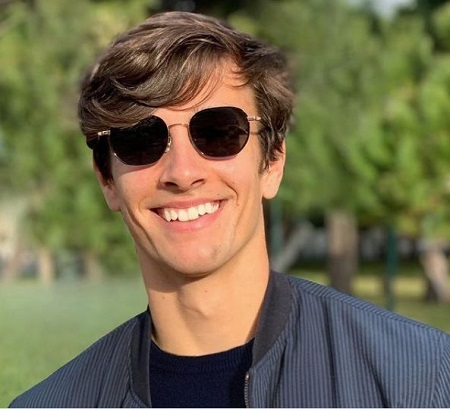 Since there are no confirmed details about his relationship/girlfriend, Lorenzo Musetti is assumed to be single.

Also, in an interview, he said “I don’t have a girlfriend, I think it’s difficult to have a serious and stable relationship at this age. We will see in the future.”

In Sardinia, following his wildcard, Lorenzo entered his first ATP semifinal, where he retired against Laslo Dere after recording 1-4 in the third set.

After reaching the semifinal in Acapulco, Musetti entered the top 100 for the first time in his career. There, he had his first top 10 victories over then world no. 9 Diego Schwartzman in 3 sets. Also, he defeated Frances Tiafoe and 5th seed Grigor Dimitrov and reached his second ATP semifinal, and first at 500 level.