Kyle O'Reilly is a well-known Canadian professional wrestler. He has been working as a wrestle for more than fifteen years. Kyle was a record three-time NXT Tag Team Champion and founding member of The Undisputed Era. O'Reilly is yet to sign his major contract after his contract ended with WWE.

Kyle O'Reilly was born Kyle Greenwood on March 1, 1987, in Delta, British Columbia. He rose to fame only after his successful career in wrestling so, much about his early life is still under the radar. Kyle completed High School and enrolled in wrestling for a professional career. Regarding his physical appearance, O'Reilly stands exactly six feet and weighs 91 kg.

Kyle started training for professional wrestling in the early 2000s. He made his professional debut at the NWA: Extreme, Canadian Championship Wrestling in December 2005. The wrestler graduated from ECCW's House of Pain Wrestling School on May 29, 2006. In July 2007, O'Reilly won the NWA Canadian Junior Heavyweight Championship. The following year, Kyle made his debut at the Full Impact Pro. 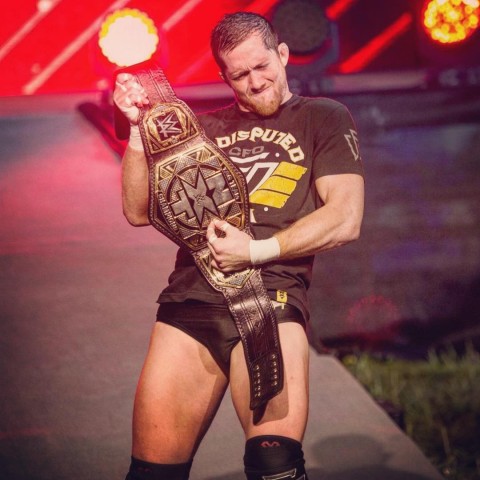 O'Reilly continued to perform in the NWA and independent circuit. In 2009, Kyle made his debut at the Ring of Honor. In September 2009, ROH and Kyle signed a contract. Meanwhile, The wrestler was in the last year of his contract with the NWA and FIP. In March 2013, Kyle and his teammate defeated the Briscoe Brothers for the ROH World Tag Team Championship title. They defended the title for some time and lost the tag team title to The Addiction at the Ring of Honor Wrestling tapings in April.

Kyle spent his next four years in the ring with ROH. He made a surprise return interrupting Cole's victory celebration as the two-time ROH World Champion by attacking him. In January 2017, The wrestler's contract ended with the Ring of Honor. O'Reilly was part of the Pro Wrestling Guerilla from 2011 until 2017. In the meantime, He won the PWG World Championship title and eventually lost.

O'Reilly was part of New Japan Pro-Wrestling from 2014 until 2017. In July 2017, He made his debut at the NXT. He won the NXT Tag Team Champion title three times. In late 2020, His contract ended and his not extended with the NXT.

Kyle O'Reilly has an estimated net worth of more than $1 Million. He credits most of his net worth to his successful career in professional wrestling. Kyle worked in the WWE for more than four years. O'Reilly was among the top wrestlers, including John Cena, Dwayne Johnson, and others.