Dalip Singh Rana, widely recognized by his ring name The Great Khali, is an Indian-born professional wrestler, actor, and promoter currently based in the United States. He is also a married man and his wife's name is Harminder Kaur. The duo got married in 2002 and are a quite frequently named couples both in Indian and American media.

Khali was born on 27th August 1972 and is 46-years-old as of now. And as a professional wrestler, he is best known for his days in WWE having wrestled against-listers like John Cena, Undertaker, Big Show, Sheamus, and many others.

Here we are going to share some information related to Kahli's marital life with wife Kaur and if they have any children.

WWE star The Great Khali is currently married to his wife Harminder Kaur who is an actress based in India, known for her roles in films like Kambdi Kalaai.

The duo got married to each other on 27th February 2002 and they had an arranged marriage. The duo did not date before they got married, their parents just decided that Kaur was the one for Khali and they tied the knot in front of their family and close friends. 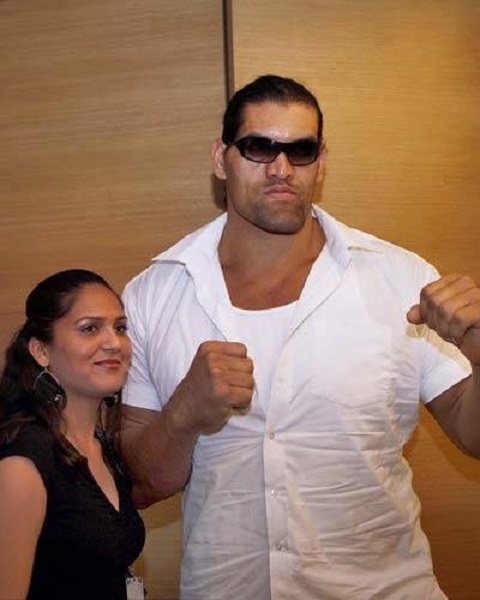 Likewise, their wedding was a typical Indian style wedding, which are is often times very lavish and grand.

Must Read: Age 35, Professional Wrestler The Great Khali's Salary From His Profession and Net Worth He Has Achieved

As of 2018, it has been 16 long years since they got married to each other. Both Khali and Kaur are celebrities in India and taking a closer look at Indian media's review towards the couple, it is all love. 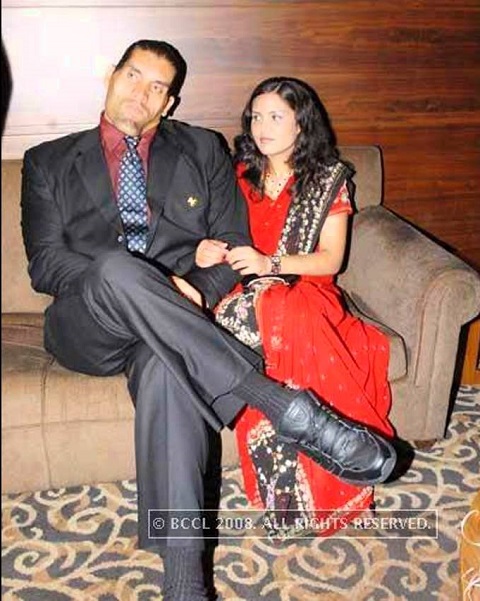 There are no rumors about them splitting or getting a divorce which is stunning. They seem to be very happy in their marriage and they indeed look adorable together.

How Many Children Do The Great Khali and Wife Harminder Kaur Have?

The Great Khali and his wife Harminder Kaur have a child together. 12 years after they got married in 2002, the pair welcomed their first child, daughter Alveen Rana was born on 26th February 2014, just a day before the pair's 12th anniversary.

She was born at a hospital in the United States and as soon as she was born, Khali made a few calls to the media and shared the good news.

During an interview with the Hindustan Times, the proud father said:

"I always dreamt of having a baby girl. The baby and mother are fine and would be discharged from the hospital soon"

As of 2018, Khali's lovely daughter Alveen is four-years-old and she often makes public appearances with her parents. There are also some adorable videos of Khali spending his time with his daughter.

The family of three currently reside in the United States and make frequent visits to their home country India.