Kerith Burke, a famous sportscaster currently working for NBC, is known for her appearance as a sideline reporter for all Warriors games. In addition to reporting and interviews, she also gives insights into the team on different platforms such as Instagram, Facebook, Twitter, and Snapchat.

The resident of the United States, Kerith Burke reportedly has a salary in the range of $43,520-$46,880 from the network, and as of 2019, she reportedly has an estimated net worth of over six-digit figure. Golden State Warriors' sideline reporter for NBC Kerith Burke is currently married to her longtime boyfriend David.

Kerith Burke Net worth in 2019; How much does she earn annually?

The American sportscaster/anchor Kerith Burke has an estimated net worth of over six-digit figures. As she is a regular NBC sports anchor, she earns a decent amount of salary from the network. As of 2019, the reporter receives an annual salary in the range of $43,520-$46,880 from NBC.

Kerith Burke is one of the most popular NBC reporters who has made a successful career as a sports anchorwoman. As NBC is a popular Sports Network, it is well known for paying a heavy amount of salary to its sportscasters. 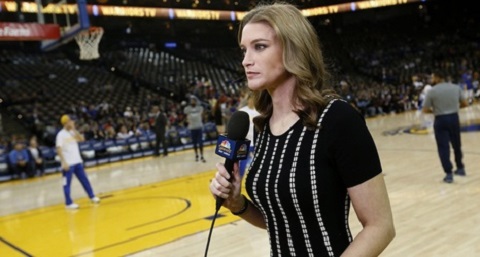 Further, NBC reporter receives an additional sum of money from her radio and TV guest appearances as a sports pundit too.

Burke belongs to the list of famous people who are equally fortunate in their love life. She was dating a man named David and in January 2018, Burke took a new step in her relationship, getting engaged with David in January 2018. 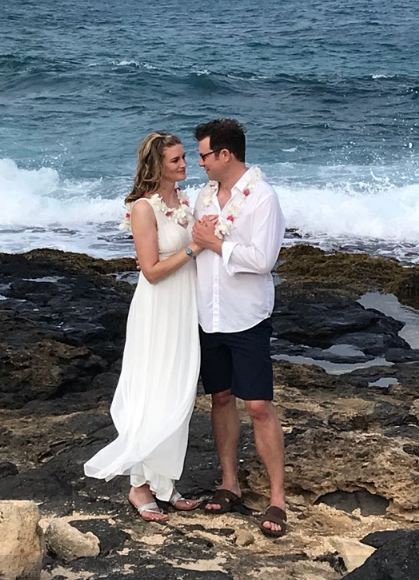 Later, Kerith and her fiance tied their wedding knots in the presence of their family on 26 September 2018. Since then, the couple has been celebrating their newly married life making memories and enjoying their moment as husband and wife.

Kerith Burke was born on 23rd of February 1983 in Seattle, Washington. Burke's name was chosen by her mother as she wanted a unique and Irish sounding name which she adopted from 1965 novel by James A. Michener. She holds an American nationality and belongs to the White/Native American ethnic group.

In addition, the details about her parents and siblings are not available yet but it is known that she was born in a family of a long line of US military history. 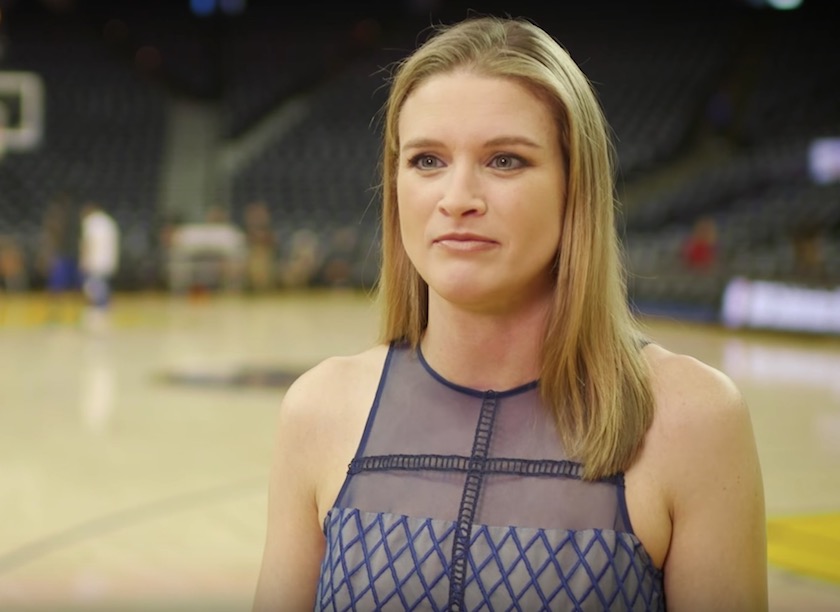 Kerith Burke is a child from the military family who has been able to adapt easily in an unfamiliar environment, hopping from one place to another.

She is a graduate of the Murrow College of Communication at Washington State University, the same school attended by Klay Thompson, Warriors All-Star Guard.

Kerith Burke served many channels before NBC, gathering skills and experiences. In KEPR CBS 19, Kerith began her career as a reporter and photographer, devoting her two years to the network.

In February 2007, Burke left KEPR and soon joined KTVB News Channel 7 and added her one year experience. Kerith continued her career as an ABC Eyewitness News reporter until August 2011 and joined Sports Net New York as a reporter.

Furthermore, her profession was not only limited to these networks, but also contributed significantly to NBC Universal Media, SD Nation, and Sterling Communications.

Later, famous sports reporter Kerith Burke was widely recognized in the NBC Sports Bay Area & California in a short time. Since joining the channel in October 2017, she has successfully run the network's program as a sideline reporter for the golden state warriors.

Andre Iguodala to @KerithBurke: “Ther wasn’t my best game. I’ve had some really good games. Toronto game I was really good with a lot of passing and I’ve been playing 4 or 5 positions ther year ... May/June — that’s what I like.” pic.twitter.com/1IFnhX8iQF

In addition, Burke has interviewed many golden state warriors players such as DeMarcus Cousins, Kevin Durant, Stephen Curry and many more.