Katie Taylor is an Irish professional footballer turned boxer. A two-weight world champion, she is the undisputed lightweight champion who has held the WBA title since 2017, the IBF 2018-present, and the WBC, WBO, and Ring magazine titles since 2019. She is named one of only eight boxers in history to hold all four major world titles in boxing.

Bray, County Wicklow, Ireland native, Katie Taylor was born on 2nd July 1986, under the star sign Cancer. Her mother, Bridget is Irish who is one of the earliest female boxing referees and judges in Ireland. Whereas, her father, Peter Taylor is a British-born-Irish senior light heavyweight champion boxer in 1986 who eventually coached Katie. Further, she has an elder sister, Sarah, and two elder brothers: Lee and Peter.

How Much Is Katie Taylor's Net Worth In 2021? Purse Money

Regarded as one of the highest-paid female boxers in the world, Katie Taylor earns seven-figure sums for most of her fights. Besides, she has various sponsorship deals that come with being boxing's lightweight queen.

As per 2019 reports, her net worth is reported over €1.5 million. Since then, she has various prominent fights which has earned her much more.

"A Career Oriented Person" that's what Katie Taylor calls herself. There is less to no information about her personal life in the media neither past nor present. In 2019 with The Irish Mirror she cleared that she is focused on her boxing career rather than having a boyfriend. 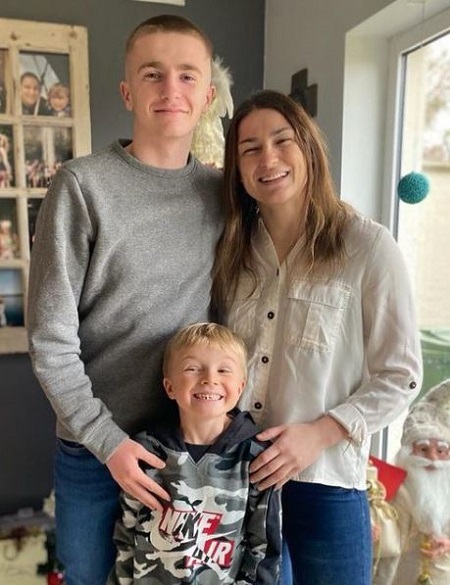 She said,  “I’m not [seeing anyone] at the moment, I really genuinely haven’t got the time. I’m just out in America training hard at the moment but who knows what could happen in the future.”