Stine Bredal Oftedal is a Norwegian handball player by profession who currently plays for Hungarian handball club Gyori Audi ETO KC as a center back. She is also the captain of the Norwegian national team with which she won the World Championship in 2011 and 2015 in Brazil and Denmark respectively.

Individually, the Norwegian handball center back was named the IHF World Player of the Year in 2019. In the same year, she was named Foreign Handballer of the Year in Hungary while playing for Gyori Audi. Recently, in 2021, Stine was named All-Star Center Back of the EHF Champions League. 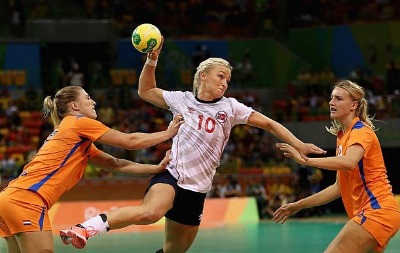 At just 30 years of old, the 2017 Most Valuable Player of the World Championship has won many trophies and awards in her name. However, her dream of winning the Olympic gold medal for Norway is still incomplete. In Olympic Games 2020 in Tokyo, she was close to the feat but had to settle with the Bronze medal.

Stine Bredal Oftedal was born on September 25, 1991, in Oslo, Norway. Her zodiac sign is Capricorn and she possesses a height and weight of 5 feet 6 inches and 64 kg respectively.

She attended BI Norwegian Business School for her studies but later fully involved herself in handball.

What is the net worth of Stine Oftedal?

The Norwegian women handball team captain Stine Bredal Oftedal has an estimated net worth of $500,000. Her main source of income is her profession as a handball player. However, there are no sources claiming the actual salary of Stine.

The earning of handball player is comparatively very less than other sports like football, basketball, baseball. Most of the players are paid less than an average salary excluding the top players. Regarding the highest-paid woman handball player, Romanian player Cristina Neagu tops the list. She has an estimated yearly earning of EUR 265,000.

Read about the net worth of Filipino professional golf player Yuka Saso. Forbes branded her as the “new generation of handball players that embraces fast, dynamic play over size and physicality,”.

The 2014 French Championship MVP is currently in an open relationship with German Handball player Rune Dahmke. The couple has been together since 2017. Being a fellow handball player, Rune is a great supporter of his girlfriend Stine Bredal. Stine is 2 years older than her boyfriend Rune D.

Stine's boyfriend Dahmke posted his partner's photos publicly for the first time in July 2017  mentioning her as My Smurf. Since then, they frequently post photos of having a lovely time with each other on social media. 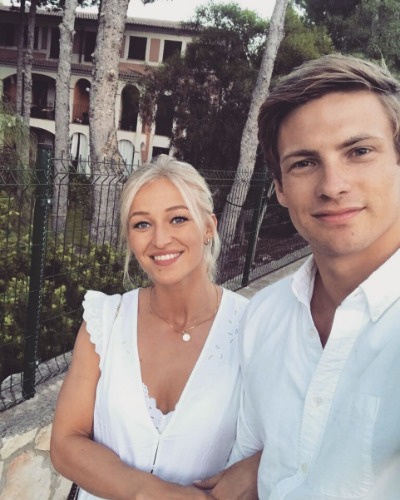 The pair met for the first time in Paris through their common colleague Erlend Mamelund. Now, since, Bredal has left Paris and is playing in Hungary. They are in a long-distance relationship.