Named the world's seventh-best active middleweight, Kamil Szeremeta is a Polish professional boxer. He held the European middleweight title from 2018- 2019. Besides, he is ranked 8th by the Transnational Boxing Rankings Board as of June 2020.

How Much Is Kamil Szeremeta's Net Worth In 2021?

Kamil Szeremeta makes the majority of money from competing in the ring. The median salary for a professional boxer is $51,370. Besides, sponsorships are one of the best ways for professional boxers to earn money outside of competing. Currently, he is sponsored by Vikingshop, Catering na-lekko, P.H.U Kameleon Europa&USA, Hempking, and DrNatural.pl.

Furthermore, purses and sponsorship are not the only source of revenue for professional boxers. Depending on the way they negotiated their contract, they may also get a percentage from the funds earned from pay-per-view televised fights.

As of 2021, Kamil Szeremeta's net worth is approximately $1 million.

On 2nd December 2012, Szermeta made his professional debut, recording a four-round points decision (PTS) win against Janos Lakatos at the OSiR Huragan Arena in Wolomin, Poland. He then compiled a record of 16–0 (2 KOs) and was due to face European middleweight champion, Emanuele Blandamura.

On 23 February 2018, Szeremeta faced Alessandro Goddi for the vacant European title at the Palasport V.le Tiziano in Rome, Italy after Blandamura relinquished the European title to face WBA (Regular) middleweight champion, Ryota Murata. He won the fight via TKO.

Further, he set two successful defenses of the title – a tenth-round knockout against Ruben Diaz in September and a unanimous decision against Andrew Francillette in March 2019. In July 2019, he defeated Edwin Palacios in a non-title fight. On 5th October 2019, he faced Oscar Cortes at Madison Square Garden in New York City. He won the fight via second-round TKO to set up a fight with Golovkin, who defeated Derevyanchenko to capture the IBF title.

For now, he is scheduled to face Gennady Golovkin on 18th December 2020 for IBF and IBO middleweight titles.

Yes, the middleweight boxer is a married man. Kamil Szeremeta tied the knot with his girlfriend, Farida Poyan. The couple shares two children: a daughter and a son. Their youngest child, a son was born in January 2020. 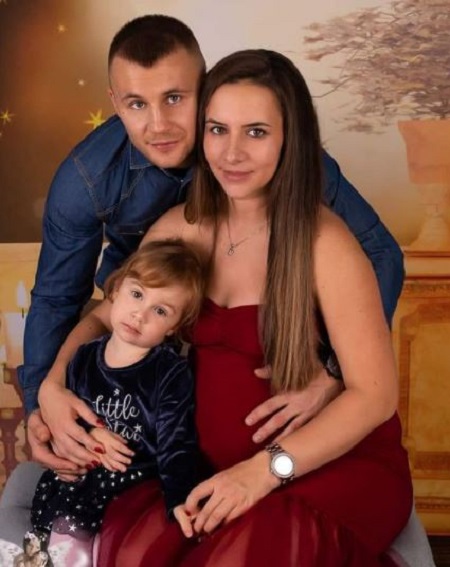 Szeremeta is a social butterfly who shares most of his moments with his fans on Instagram. Scrolling through his IG, one can find his family pictures, sponsorship, and many others.