Thomas Dulorme Cordero, aka Thomas Dulorme, is a professional boxer from Puerto Rica who fights in the WBO Lightweight division. He fought for WBO lightweight title in 2015. The Puerto Rican boxer has won numerous boxing titles in his career, like NABA USA welterweight champion(147lbs), NABF Welterweight Champion (147lbs), etc.

Puerto Rican descent boxer Thomas Dulorme was born on the Island of Saint Martin, France, on January 29, 1990. Talking about his age, he is 32 years old, and his star sign is Aquarius. Thomas started his boxing career at an early age. Thomas Dulorme follows an orthodox stance.

The 32-years boxer Dulorme stands tall at height 5 ft 10 inches and weighs around 64 kg. Talking about his family background, he is from a black ethnic background and has a dark skin complexion. In addition, the boxer has concise curly hair and black eyes.

Thomas Dulorme Cordore, aka Thomas Dulorme, was born in a boxing family background. Like him, his sibling brother Starling Cordore is also a professional boxer. He initially started boxing in his childhood. His father is a Saint Martin native, and his mother is Puerto Rican. 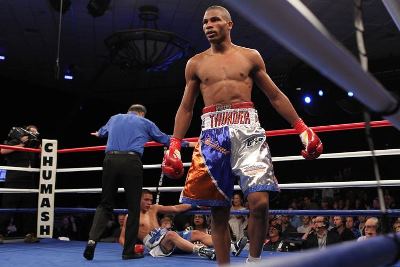 After ten months, he faced challenger Ambriz on 18 Feb 2012, knocking him down in the first round. Likewise, he faced James in 2020, Stanionis, and Ennis in his boxing career. Despite all his ups and downs in his career, he somehow manages to retain his rank at 10th. In his whole career, he fought 32 fights, winning 16 by KO, six losses, and one draw.

What is Thomas Dulorme's marital status?

NABA USA Welterweight Champion Thomas Dulorme is a happily married person. He is married to his beautiful wife, Susana Dulorme. However, their dating exact date is still a mystery. Before tying the permanent knot, the love birds dated for some time. 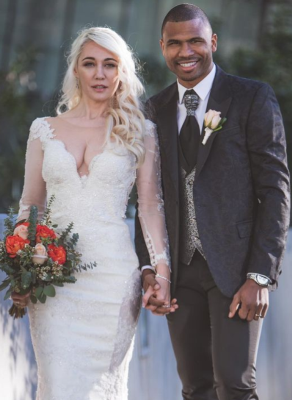 The wedding photo of Thomas and his wife Susana SOURCE: Instagram

The duo exchanged their vows in 2017.  He has kept his wife's details very confidential. The duo is living a very happy life together presently. The boxer has a daughter Ashley Dulorme.

The net worth of Puerto Rican boxer Thomas Dulorme in 2022

32-years old Puerto Rican boxer Dulorme is a well-established athlete and a role model for many fans. He must have added a huge net worth to date. He has an estimated net worth of around $2 Million as per the sources. In addition to that, he also gets a bonus from the pay-per-view profits. Besides that, he also boosts his net worth from his brands, commercial ads and endorsements deals. At the moment, he is living a luxurious life with his family in LA.