William Byron is a rising American professional stock car racing driver. He has been competing in professional events for more than six years. Byron works as a full-time driver in the NASCAR Cup Series, driving the No. 24 Chevrolet Camaro ZL1 1LE for Hendrick Motorsports. William won the 2020 Coke Zero Sugar 400 event.

William Byron was born William McComas Byron Jr. on November 29, 1997, in Charlotte, North Carolina. He is among the two children born to Bill Byron and his wife, Dana Byron. Much about his parent is still under the radar. Byron graduated from Charlotte Country Day School and enrolled at Liberty University, earning his college degree, majoring in business communication. Talking about his physical appearance, William stands five feet and nine inches tall and weighs 70 kg.

William Byron's Net Worth In Millions

William Byron has an estimated net worth of more than $5 Million. He has accumulated most of his net worth through his short career in the NASCAR series and stock car racing. As per sources, William has a basic salary of $1,850,000 from his contract with Hendrick Motors. Kyle Busch is the highest-paid NASCAR driver with an earning of $16.9 Million driving for Joe Gibbs Racing. 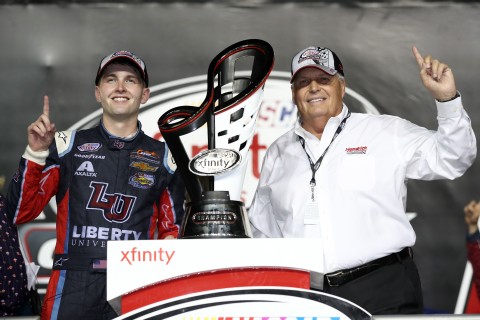 Since 2015, NASCAR has banned sharing information about his salary and earnings from NASCAR events with its driver, leading to the public's information gap. He is very much early in his career and will be making millions in the future. In 2020, William won the 2020 Coke Zero Sugar 400 event and took home expected prize money of more than $2 Million.

Who is William Byron Dating? Know About His Girlfriend and Relationship Status

William is an active social media user. His timeline is filled with photos of his races, training, family and girlfriend. Following his Instagram post, we can be sure that Byron is involved in a romantic relationship with his longtime girlfriend, Erin Blaney. Nothing much about their first meeting experience is shared with the public. 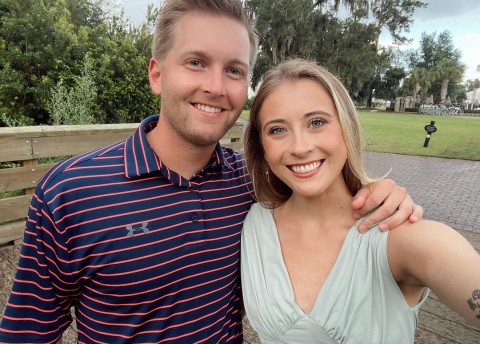 Erin is the sister of fellow Cup Series driver and friend Ryan Blaney. They must have met each other while being in the same event. The love birds opened about their relationship status in 2019 through a post on Valentine's day. Both of them are active social media users and keeps posting each other's pictures regularly.

William started racing at the age of six. He made his professional debut in 2014, signing with JR Motorsports. In 2015, Byron signed with NASCAR K$N Pro Series East. Byron won the second race of the season at Greenville-Pickens Speedway. In October 2015, William joined the Kyle Busch Motorsports, joined the NASCAR Camping World Truck Series, and was awarded the 2016 NASCAR Camping World Truck Series Rookie of the Year.