Joel Cordova is a rising Mexican professional boxer who has been competing for more than 4 years. In his professional career, he has a record of 12-4-2 (Win-Loss-Draw). He fights under the Flyweight Division.

Born in 1994, Joel Cordova celebrates his birthday on the 13th of July every year. The 26-year-old boxer goes by the birth name of Joel Cordova Ibañez. Likewise, his nickname is El Trino and his zodiac sign is Cancer.

Joel Cordova started his professional boxing career after spending some time competing in some local places. He made his pro-boxing debut on August 13, 2016, against Donovan Munoz. The match ended in Joel winning via a unanimous decision. 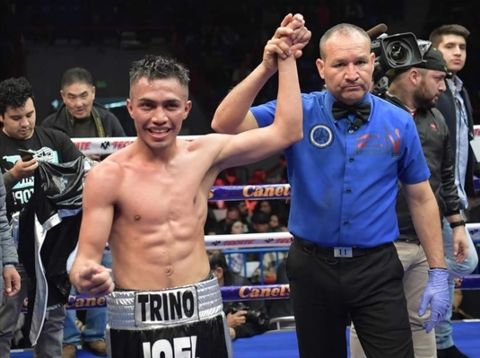 In his second bout, he defeated Martin Jimenez Delgado via split decision. He faced defeat in his third professional fight when he faced Mauricio Lara on November 5, 2016. Although he backed up and defeated Jesus Carrizosa in the next bout, he again faced defeat at the hands of Ramon Mauricio, on February 24, 2017.

He trained harder and registered wins in his three next matches, defeating Edwin Campos, Israel Rodriguez Picazo, and Juan Cabrera Campos. After that, he was defeated in two straight bouts by Victor Trejo Garcia and Dewayne Beamon.

Since then, he hasn't lost any of the bouts he has competed in defeating opponents like Juan Hernandez Navarrete, Daniel Argueta, Adolfo Castillo, and Ottoniel Ortiz Zarate. As of now, Joel is preparing for his upcoming bout against Julio Cesar Martinez.

If Joel manages to win the fight, he will be the new WBC World Flyweight Champion. Their match will take place on June 26, 2021.

Joel Cordova has made a healthy sum thanks to his successful pro-boxing career. However, the exact numbers of his earnings are yet to be disclosed to the public. But, as per ziprecruiter.com, it is known that a pro boxer earns around $37,501 per year, and with the figures rising up to $70,000 per year.

Noting that, the Mexican professional boxer also must have accumulated a good net worth. But, much like his career earnings, Cordova's net worth is also not disclosed and is still under review.

Joel prefers to keep his personal life details up to himself only. To maintain privacy over his romantic life, he hasn't even posted much on his Instagram handle. The 34 pictures he has posted are also mostly related to his career and travel. 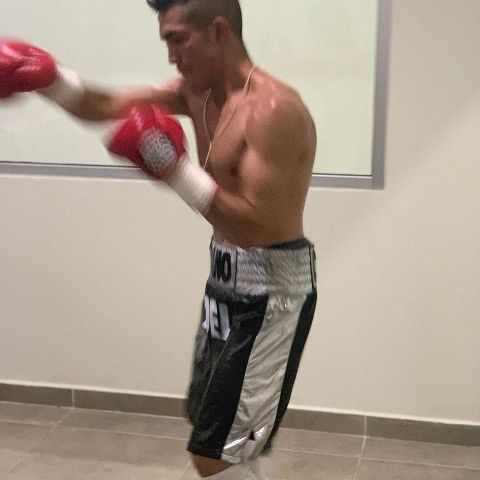 In addition, there is not much information available on his past relationship. Even if the 26-year-old boxer was dating anyone in the past, he has managed to keep it off his social media handles and from the eyes of the public.

As a result of his secrecy, there is only one possible outcome that Joel Cordova is currently single and isn't dating anyone.