Jorge Arce was born Jorge Armand Arce Armenta on July 27, 1979, in Las Mochis, Sinaloa, Mexico. He is among the two children born to Oscar Arce and his wife, Juanita Armenta. He has a younger brother, Francisco Arce Armenta, a professional boxer and former IBF Latino Super Flyweight and NABF Super Bantamweight champion.

Jorge Arce has an estimated net worth is estimated to be more than $3 Million. Jorge fought in more than sixty-professional matches. He was ranked among the best fighters of his time. Arce has become successful in keeping his economic life away from the public. 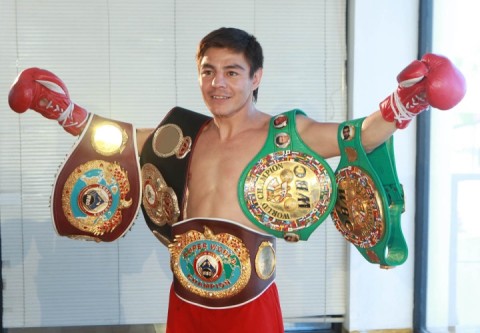 Jorge shares a photo with his titles SOURCE: Ring TV

In 2012, Jorge earned more than $1 Million from his fight against Nonito Donaire. His opponent, Donaire, took home $800,000 as his prize money. Arce must have earned a reasonable sum from his sponsors and advertising deals.

Jorge Arce is married to Karime Gutierrez. The love birds walked down the wedding aisle in June 2007. They had been dating each other for sometime before their marriage. There is not much information about their wedding ceremony with the public as they had a private wedding ceremony in their hometown in front of their parents and friends. 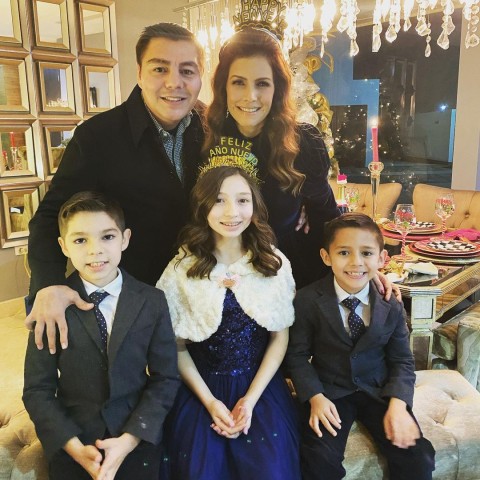 Jorge  with his wife and their children SOURCE: [email protected]

Arce is the proud father of three children, two sons, and a daughter. He is an active social media user and keeps updating his fans about his family and his training regularly. The Mexican boxer likes to spend his free time with his family. It's been more than thirteen years of his marriage and there have been no rumors of the couple having ups and downs in their marriage Life.

Jorge won several amateur titles before turning professional in 1996. He made his professional debut in 1996 against Adan Aldama. He lost his very first professional match in the same year against Omar Nino Romero After this loss, Jorge took some time off and made a good return in the ring. In 1997, Arce won his first title of Mexican Pacific Coast Light flyweight against Lorenzo Trejo.

In 2001, Jorge won WBA Interim light flyweight title and won ABC light flyweight title in 2002. After his last defeat in 1999,hHe remained unbeaten until 2007. In between these years, the boxer won numerous titles to his name. In 2011, Arce won his last title of vacant bantamweight. He fought his last fight in 2014 against Jhonny Gonzalez and lost the fight.