Joe Truman is a rising British male track cyclist. Joe has been competing in international events since 2016. He has won the silver medal at the 2016 UEC European Track Championships in the team sprint and silver in the 2018 Commonwealth Games.

Joe Truman was born Joseph Truman on February 14, 1997, in Petersfield, England. Joe did not come from a reputed family so, much about his early life and his parent is still under the radar. He has a sister named Keziah Truman. After graduating from High School, Truman enrolled at Loughborough University. Talking about his physical appearance, Joe stands six feet and two inches tall and weighs 88 kg.

Joe started cycling from a very early age. He learned most of the skills while in School. As per sources, Truman does not come from athletic family background, but his parents strongly supported his choice. Joe came to the spotlight in 2016 after earning selection for the opening rounds of the 2016/17 UCI Track Cycling World Cup along with Carlin and Owens. 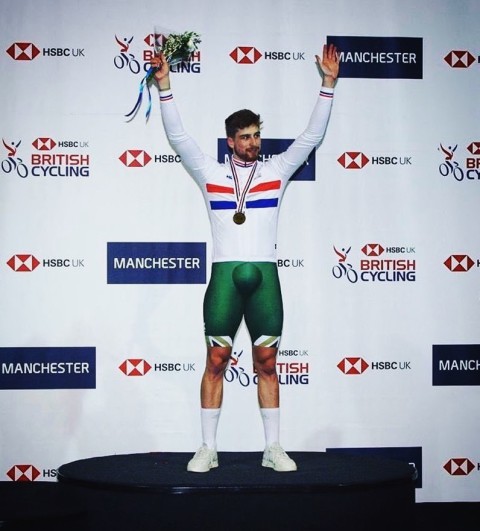 Joe celebrates after receiving his medal at the podium SOURCE: [email protected]

The team won gold while racing in front of the home crowd and repeated the trick a week later at the second round of the world cup in Apeldoorn. They won the silver medal at the European Championships held in Yvelines. In early 2017, Joe and his team were selected for the elite UCI Track Cycling World Championships in Hong Kong. The team missed out on the podium by less than two-hundredths of a second.

Truman was on the podium list at the 2017 UEC Junior and Under-23 Track European Championships at the end of the season. The following season is the highlight of his career. Joe and his team were selected for the Commonwealth Games held in their home country. They finished the event, winning the silver medal. Shortly after that, The team repeated the style and won another silver at the 2018 World Championship.

In 2019, Joe was part of the European Games and won a Bronze medal at the Team Sprint event. The same year, He finished second at the British National Track Championships. In 2020, Truman won the gold medal at the 2020 British National Track championships and became the British Champion. He has an injury that kept him out of the game for some time.

Who is Joe Truman Dating? Know About His Girlfriend and Relationship Status

Joe is an active social media user. His timeline is filled with photos of his games, training, and family. Truman is dating his longtime girlfriend, Freya Knight. The love birds have been together for more than three years. Joe first opened about their relationship in September 2018. 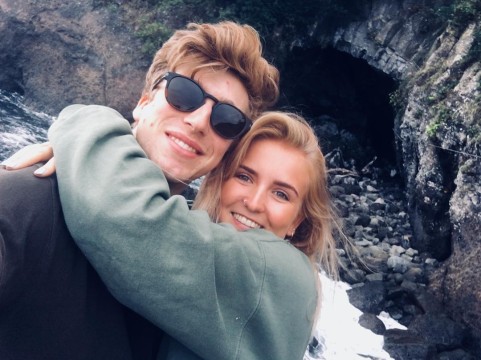 Joe has an estimated net worth of more than $500,000. He is very much early in his career and shall be adding much more to the net worth. Truman must be receiving a handsome amount from the British government to represent them in numerous international events.