He became the first boxer to score a knockout over legendary two-weight world champion Bernard Hopkins in December 2016. The boxer fights in an orthodox stance.

As of 2021, Joe's net worth is reportedly over a million dollars, and is one of the most decorated LHW boxers of all time. He is also sponsored by Rival globes.

Joe Smith reportedly earns over $150 thousand a night per bout and was reported to have earned $140,000 in his bout with Hopkins. The event was attended by 6,513 people where Smith defeated Hopkins via KO. According to Ringtv, the fight averaged 934,000 viewers, peaking at 1.035m on HBO.

His admirers want to find about his girlfriend, affair, and other personal concerns but until now he has not mentioned his wife or girlfriend anywhere. Sources claim that he is not a married man and doesn't have a spouse.

As of 2019, Joe remains single and unmarried. Some sites claim that he is dating an American model and actor Ashley Ann Vickers.

Joe is conscious of his diet and his regular meal includes a lot of cereals, beans, bananas, and milk. He includes a lot of proteins and fiber in his daily food. He has an inked tattoo on his left shoulder. Joe Smith Jr. is 6 feet tall in height and weighs is around 175lb. 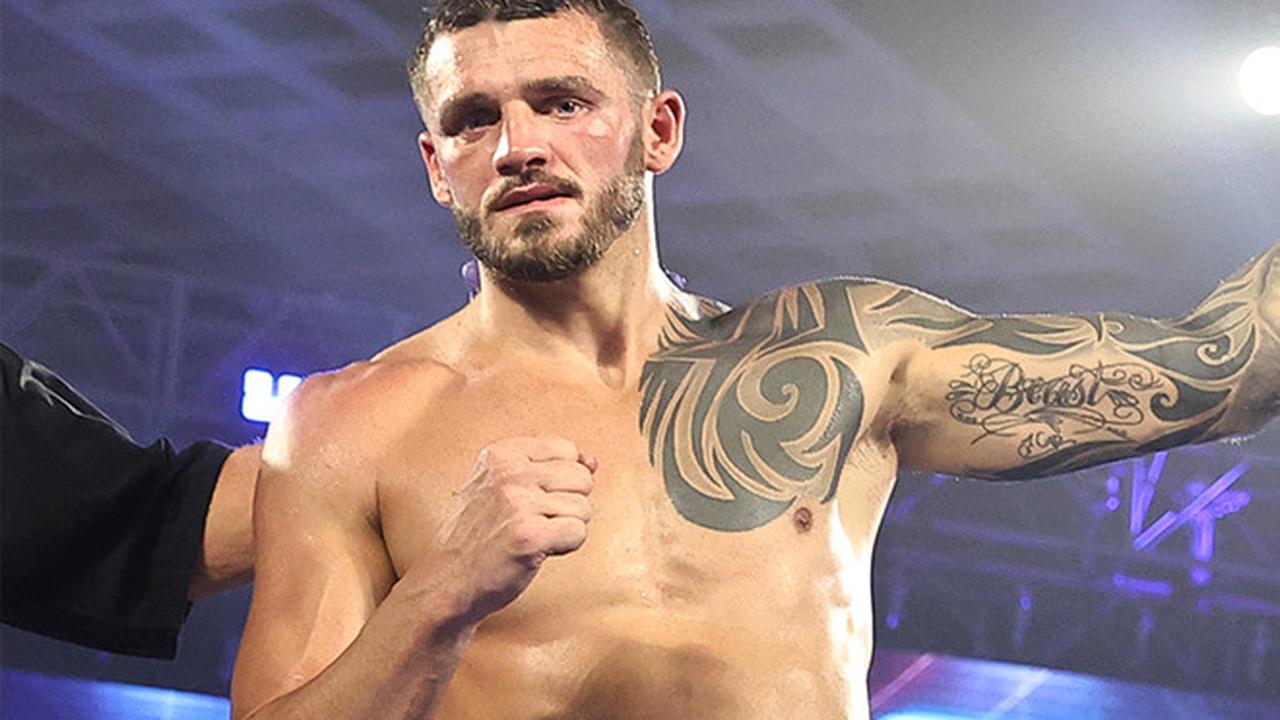 Famous as the Beast, Smith is pretty fond of tattoos too. He has some sort of throne and a windy tattoo on his right solder and has a pair of boxing globs tattooed on his right upper back.

His left hand has a blend of a rose-date-and-name on his wrist, we don't know what it means but it looks like the boxer's tattoo holds a deeper meaning.

Joe Smith Jr. was born on September 20, 1989, in Long Island, New York City, United States, He is an American by nationality and his ethnicity is white. Further, his zodiac sign is Virgo. His punching accuracy and defending power are worth watching.

From an early age, he has shown huge interest in the game of boxing. Joe Smith Jr. made his professional debut against David Brown.

He defeated him by technical knockout in the first round. After that, he won his next five fights and his first loss was against Eddie Caminero. In April 2016, he defeated Brazilian boxer, Fabiano Pena, via TKO in the second round.

In the light heavyweight division, he managed to win the title by defeating Fonfara via a first-round technical knockout.

His biggest achievement came out when he defeated the legendary boxer, Bernard Hopkins. The game was held on December 17, 2016. While in the fight, Smith struggled through his first seven rounds.

In the eighth round, Smith knocked Hopkins and he was unable to make it back to the ring as the referee gave him 20 counts. Hopkins mentioned he was hurt and could not get back into the ring.

On Mar 9, 2019, he competed for WBA light heavyweight title against Dmitry Bivol but lost the bout.