Julio Cesar Chavez is a well-known former professional boxer from Mexico. He is popular among us as a six-time world champion in world boxing.

He has won six titles in three different weight categories within his 25 years of his boxing career. He is one of Mexico’s most popular sports figures.

According to the source, the net worth of Julio Cesar is estimated at $10 million. However, he is earning more and furthermore from his present jobs and business.

Inside the Cesar's house

With a tremendous net worth, he is living a lavish lifestyle. 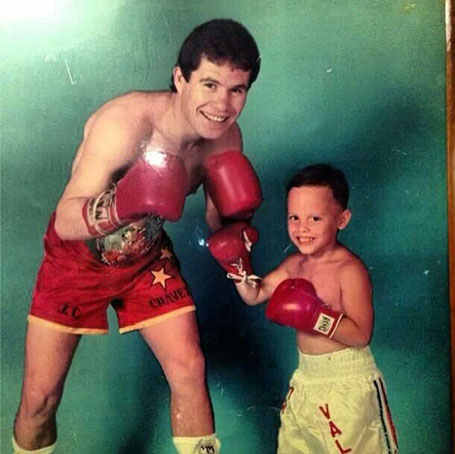 His brother Rafael Chavez Gonzalez was murdered during a robbery to one of Rafael’s businesses on June 25, 2017.

Chavez in his later life became addicted to drugs and alcohol as well as cocaine. Once in an interview, he started drinking and fought with Edwin Rosario. He visited different rehabs centers for the treatment of his addiction. Nowadays, he is working as an analyst for TV Azteca and ESPN.

Julio Cesar Chavez was born on July 12, 1962, in Sonora, Mexico. Julio Cesar started boxing since his early year. He used to go to the gym with his older brother who was also in boxing. In his early life, he learned his craft there.  His father is Rodolfo Chavez who used to work in the railway along with his four brothers and four sisters. Altogether he has nine siblings. His mother used to iron and wash clothes in order to earn money to support the family.

At his early age of 16, he started a boxing career. At his amateur age, he started boxing to earn money for his family. Later, he decided to start boxing as a professional career. Due to this, he moved to Tijuana for further training.

Julio Cesar Chavez started his professional boxing career since 1980. In the race to achieve his dream, in September of 1984, he got the WBC super featherweight title. That was the first major trophy he had won in his career and that was from the lightweight category. He has the height of 1.85m.

A year later, Chavez got the victory against Ruben Castillo and Roger Mayweather. After that by knocking out Edwin Rosario and stopping Jose Ramirez in 1987 and 1988, he was recognized as lightweight champion by both WBC and WBA. His match against Meldrick Taylor was one of the most exciting boxing matches ever in which he knocked out Taylor with just 12 seconds remaining in the match.

Julio Cesar lost his WBC title after seven years on June 7, 1996. That was the match against Oscar De La Hoya in which he was knocked out in the fourth round.

Awards and Recognition of Julio Cesar

Julio Cesar holds the record for most titled victories and the defense for his World title which was 31 and 27 respectively. Similarly, he remained undefeated for 13 years. Likewise, He was named as the 17th greatest fighter of all time in the book Boxing’s greatest Fighter by Bert Sugar. His fight against Meldrick Taylor was declared as the “Fight of the Decade” for the 1990s.